If you woke up one morning and discovered that a rash has appeared on your skin, it’s understandable to be concerned. Skin conditions are very common. Don’t let embarrassment or anxiety about a diagnosis prevent you from seeking the medical attention you need.

You can bring your skin concerns to your family doctor or find a board-certified dermatologist near you.

Keep reading to learn more about some of the most common causes of skin rashes.

Shingles is most common among people 50 years of age or older. Symptoms commonly include a stripe of painful blisters on one side of the torso. The blisters are red, fluid-filled, itchy, and sensitive to touch. They often break open and crust over. (1)

Treatment for shingles involves minimizing pain and discomfort and preventing complications, however, there is no known cure. The chickenpox (Varivax) or shingles (Shingrix) vaccine is so far the only known effective way to help prevent shingles. (1)

HSV can cause pain, itching and small red or white sores around the mouth (cold sore) or genital areas. When blisters rupture, ulcers or scabs may form. However, some people with HSV don’t experience any symptoms.

There is no known cure for HSV, however, your doctor may prescribe antiviral medications to help manage symptoms. (2)

Ringworm of the body is characterized by pinkish red, round patches with raised scaly borders. The skin patches tend to be colorless in the center, and are itchy. (3)

Treatments include antifungal creams and/or pills.

Chickenpox is most common among children (although the virus remains in your body and can reappear as shingles later in life).

A chickenpox rash is characterized by small, flat, red spots that soon become raised and itchy blisters. Most commonly, the chickenpox rash begins on the face and chest. (4)

After about 5 days of new spots spreading all over the body, the rash typically begins to crust and subside. Chickenpox usually runs its course within 20 days. (4)

Treatment for chickenpox involves addressing uncomfortable symptoms, and in most cases, only requires home remedies or antihistamines. In some cases, an antibiotic is required to treat an infected blister. (4)

A molluscum contagiosum rash is categorized by pink or white spherical lesions with a small dimple in the center. The bumps can appear anywhere on the skin except your palms or soles and are usually not painful or itchy. (5)

HFMD symptoms include red blisters that develop on the tongue, gums, inside of the cheeks, and (of course, given the name) the palms and soles. The rash can be painful, but not itchy. Hand foot and mouth disease is most common among young children.

Treatment is usually unnecessary, however medical attention is required if the rash prevents your child from ingesting fluids or if symptoms worsen after a few days. (6)

Fifth disease symptoms begin with a low fever and cold-like symptoms which are followed by a rash after a few days. The red rash usually starts on the face (known as “slapped-cheek) before eventually spreading to the torso and limbs. After a few days, the rash takes on a lacy appearance and can be itchy. (7)

Fifth disease is common among young children and is not typically a serious condition. It resolves on its own within three weeks. (7)

Pityriasis rosea is a common skin condition that usually goes away on its own within a couple of months. It’s characterized by small scaly patches of skin that can vary from pink to red or dark brown. (8)

Usually, a “mother” patch will show up first, followed by smaller clusters of “daughter” patches. (8) In some cases, a dermatologist will prescribe anti-itch creams.

Tinea capitis is a fungal infection of the scalp, eyebrows, and eyelashes. Symptoms include a dry, itchy, scaly rash and/or some localized hair loss. Depending on the type of fungus, hair can break off at the scalp surface or just above the surface. Sometimes, tinea capitis is mistaken for dandruff. (9)

Intertrigo is irritation of the skin where two surfaces rub together. Common areas include under breasts or between folds in the stomach. People who tend to sweat a lot and people with high body fat percentages have a higher risk of intertrigo. (10)

Cellulitis is a painful skin infection that can become serious if not properly treated. Caused by a staph infection, some forms of cellulitis are difficult to treat because of antibiotic resistance.

Symptoms of cellulitis include redness, swelling, pain, and skin that is warm to the touch. Cellulitis can sometimes develop into blisters with yellow fluid and is sometimes accompanied by swollen lymph nodes and a fever. (11)

It is important to seek medical attention immediately if you suspect cellulitis because left untreated, it can cause sepsis.

A common skin condition among young children, impetigo is characterized by clusters of small itchy blisters that rupture and develop a yellow crust. Impetigo is very contagious and can spread from one area to another or from one person to another. It can be difficult to prevent small children from scratching at their sores, which makes the spreading worse. (12)

Impetigo is typically treated at home by gently washing the area several times a day with warm soapy water. In some cases, a dermatologist will prescribe antibiotic creams to prevent recurring infections. (12)

Erysipelas causes a painful raised patch on the skin. The affected area is red, firm, and warm to the touch. Erysipelas occurs most often on the face and feet. (13)

A doctor will typically prescribe an antibiotic such as penicillin to treat erysipelas.

Folliculitis is inflammation of the hair follicle. It’s usually caused by either a bacterial infection (such as from swimming in a hot tub) or from an ingrown hair. Folliculitis is characterized by small, itchy, pimple-like lesions at the base of a hair strand.

The post 14 Rashes You Need to Know: Common Dermatologic Diagnoses appeared first on The Hearty Soul. 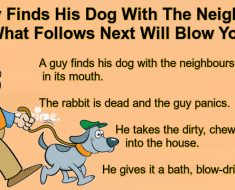