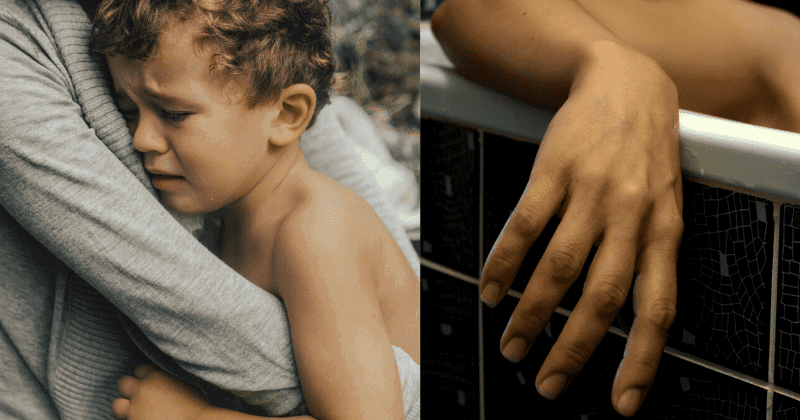 The child’s mother, Anastasia Scherbinina, 25, had taken her smartphone to the bathroom while taking a bath because she was waiting for a call. Since the phone was nearly out of battery, Anastasia had plugged the phone into a power supply extension cable, and she left the phone on a shelf to charge before stepping into the bathtub, according to Mirror.

Right in the middle of her bath, Anastasia heard her phone ring while she was soaking wet. As she picked it up, the device slipped into the water, dragging the extension cable along with it into the bathtub.

“Someone called her. She had been waiting for this call, so kept the phone nearby,” explained a friend, as quoted by the Daily Mail. “She replied, and while talking she pulled the charging cable. This made the power extension with the socket fall into the bath.”

While the mother was lying in the bathtub, her son was also in the house, and he immediately rushed to find his mother when he heard a loud bang. The lights had gone out because of a short circuit, and when the boy found his mother lying limp in the bathroom, he desperately tried to wake her up.

Seeing that his attempts were failing, the child rang up his grandmother for help. “I slapped her on the cheeks, but she was dead,” the boy reportedly told her.

Immediately, emergency services were alerted, and officers arrived at the house in southwestern Siberia, Russia, to find the mother with a large burn on her chest, caused by the massive electric shock.

“Anastasia had a huge burn on her chest,” the family friend told local media, according to Mirror. “The boy tried to revive her. He then called his grandma and said, ‘I’m hitting her on the cheeks but she is dead.’”

Following the incident, an investigation was opened into the death of Anastasia, a former MP’s aide, who was raising her son on her own.

“Anastasia was such a pretty woman. Men loved her. But her private life did not work out,” a friend named Svetlana said, as quoted by the Daily Mail. “She gave birth to her son after breaking up with his father,” Svetlana added. “She raised him alone. A year ago her mother died of cancer.”

Although it was the young boy who found her motionless in the bathtub, he has still not understood the heartbreaking situation entirely. “The boy says his mother is being treated in hospital. He is waiting for her to return home after getting better,” relatives said, as reported by Mirror.

The child is currently being looked after by his grandmother.