Home
Uncategorized
A Japanese Ship Was Leaving The Port. –

A Japanese ship was leaving the port and on its way to the open sea.

The captain went to go oil some parts of the ship and took his ring off so it wouldn’t get damaged.

He left it on the table next to his bunk.

When he returned, it was missing.

He had suspected three crew members could be guilty and asked them what they had been doing for the ten minutes that he had been gone.

“I was in the kitchen preparing tonight’s dinner.”

“I was working in the engine room making sure everything was running smoothly.”

“I was on the mast correcting the flag because someone had attached it upside down by mistake.”

The captain immediately knew who it was. How?

Answer Of This Riddle Will Be Posted In The Next Riddle.

Find the answer for A Woman Was In Court For Killing Her Husband.

The woman was watching the jury and not the doors because she knew that her husband wouldn’t walk through them because she had killed him. If she has really missed him as she said, she would have been watching the doors. 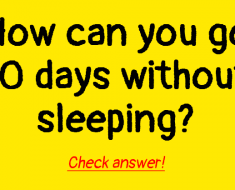 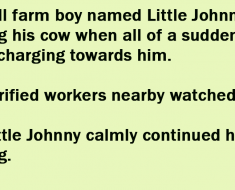