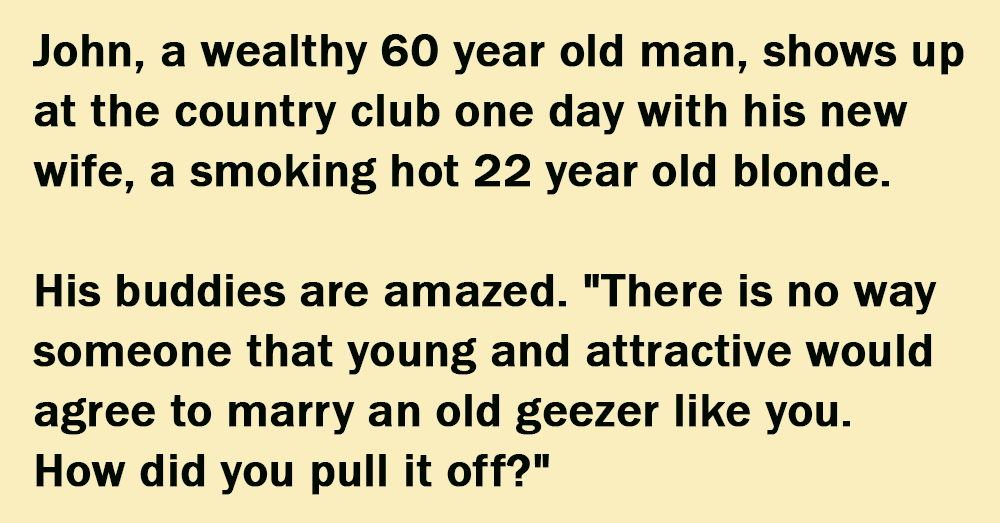 John, a wealthy 60 year old man, shows up at the country club one day with his new wife, a smoking hot 22 year old blonde.

His buddies are amazed. “There is no way someone that young and attractive would agree to marry an old geezer like you. How did you pull it off?”

“Did you tell her you were 50?” his friends ask. John shakes his head no.

“There is no way she could believe you were 40”. John shakes his head again.

“So how old did you tell her you were exactly??”

Johnny Was Playing Outside. –

Noah Called A Meeting With All The Animals. –

An Old Geezer, Who Had Been A Retired. –

A Lady Is Working At An Old People’s Home. –