If you’re lucky enough not to have to wage a daily battle against any sort of illness or condition – no matter how small – then you are truly blessed.

It seems as though many of us can take certain things for granted in life, especially when it comes to our bodies and their health.

32-year-old Jonathan Rowe knows just how difficult the other side of the coin can be. He developed eczema on his face when he was 18 and, despite being prescribed a steroid-based cream by his doctor, it soon became apparent it wasn’t going anywhere.

As per reports, Jonathan visited his doctor every month concerning his eczema. Each time he was given a stronger steroid cream, but his condition only got worse. By the time he was 24, Jonathan had eczema all over his body. He even tried cutting out the steroids, but his eczema only came on stronger when he did.

Eventually, he was directed to an oral immunosuppressant normally used for transplant patients. Though it didn’t completely clear the eczema, it did make it more manageable, which was a start.

Sadly, this was a short term measure. Long term use can cause cancer, so after two years Jonathan was forced, once again, to seek alternative treatment.

Worse, the 32-year-old knew his eczema was only becoming worse. Then, in 2018, while researching ways to stop using Protopic and topical steroids, Jonathan discovered articles relating to topical steroid withdrawal (TPS). After comparing his symptoms with those discussed online, he concluded this had to be what was suffering from.

Jonathan explained: “I realised I couldn’t stay on [medication] forever and I was given an immunosuppressant cream called Protopic after seeing the skin expert at my local surgery. It was sold as a wonder cream to me as it didn’t have the same side effects as steroids, such as skin thinning.

“Over the next four years I attempted to manage my eczema with a combination of Protopic and topical steroid cream.

“Protopic would burn for around 12 hours when I applied it but then the skin cleared after. I did find the severity of my eczema just carried on getting worse and any amount of cream I applied made no difference and my skin was out of control.”

Jonathan made the call to stop using treatments in April 2018. Then, in January 2019, he began no moisture therapy (NMT) in an attempt to dry out his skin and allow it to create its own moisture. He says NMT has changed his life.

“I visited a consultant dermatologist and they said topical steroid addiction was not a real thing and I should carry on with the steroids. I told him that I’d been researching TSW and I disagreed with him so I wouldn’t be following his treatment recommendation.

“I just felt disappointed that he was so close-minded and he couldn’t even see it as a possibility. There could be thousands of other people with this, but the dermatologists don’t think it’s a real thing. I had a mentality that I was going to show him that I could get better without the creams.

“For eight months I saw little to no improvement and had all of the symptoms as mentioned above, until I found the research of a Japanese doctor called Dr Sato who has been treating TSW using his ground-breaking approach of NMT.

“I drink a maximum of one litre of water a day, no moisturiser, I limit showers to one per week for two minutes, no baths, no water after 7pm, and I eat more protein to counteract the loss of protein. Effectively, you’re treating TSW by completely drying out your skin.

“My skin has never been better than it is now and it does not affect me in my daily life. I never apply anything to my skin anymore, especially not moisturiser.”

It’s Jonathan’s hope that his story may be able to help others in similar situations. For more on his journey, you can visit his Instagram here.

We’re glad Jonathan’s finally able to get some respite from what must have been a terribly trying period in his life.

Share this story to help get his story out there. You never know, you could end up changing someone’s life. 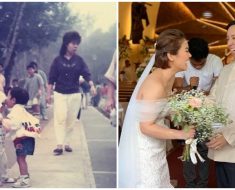 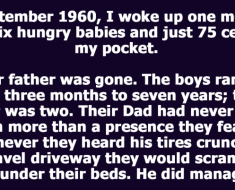