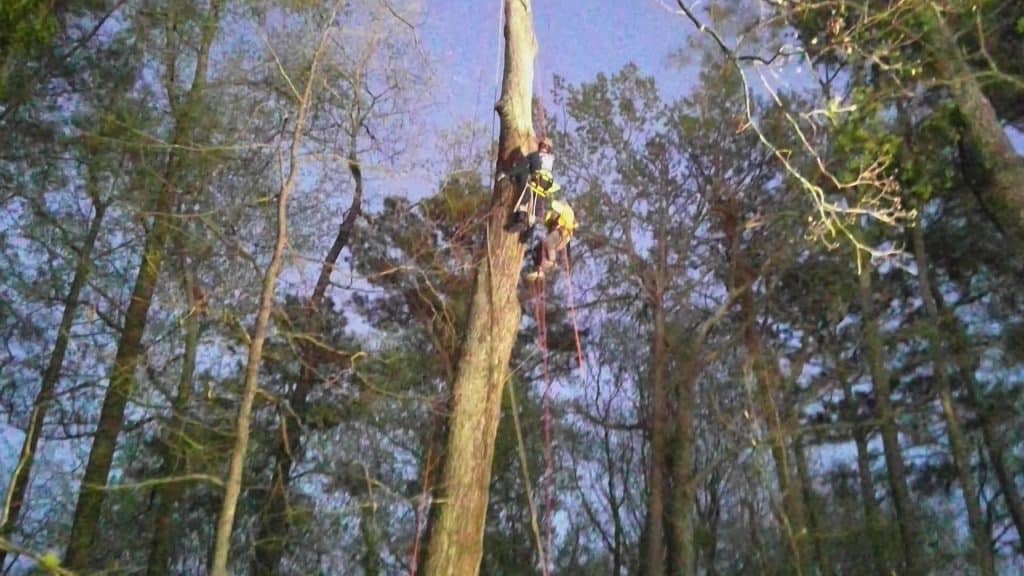 SNELLVILLE, Ga. — A tree cutter stranded more than 70 feet in the air had to be rescued from atop a tree, Friday evening, fire officials said.

According to the Gwinnett County Fire Department, their crews were called to the scene just before 7 p.m. after the tree cutter – who was topping a tree behind a home off Periwinkle Drive SW in Snellville – got stuck.

Fire officials said firefighters specially trained as rope rescue technicians created a rope system to attach to the man – who did not appear to be injured – and lower him to the ground safely. All of this happened, according to officials, while a neighbor helped translate between fire crews and the man.

Fire officials said firefighter-EMT Brian Martin was the one to scale the tree in order to help bring the man down. He said after they were able to talk to the man and get him calm, they were able to begin their descent on the tree, which Martin said had major decay.

Onlookers cheered after the man was freed and back on the ground, around 8:20 p.m., according to officials.

Firefighters trained as rope rescue technicians rescued a tree cutter from atop an approximate seventy-foot tree Friday evening in Snellville. Crews responded at 6:52 p.m. to a man stranded as he was topping a tree behind a house on Periwinkle Drive. pic.twitter.com/McsLf5kAdK

According to fire Lt.-Paramedic Brant Keiser, this is the kind of scenario that firefighters on the technical rescue team often train for, “but very rarely get to perform.” Crews were praised for their skill and bravery in the rescue.