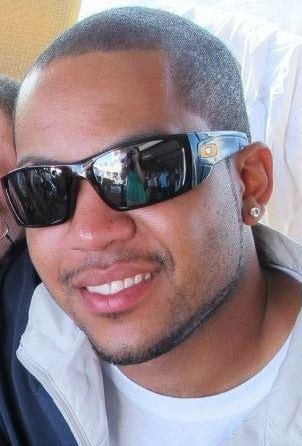 A massive fire broke out at Evergreen Court Home for Adults in Spring Valley, New York that left many injured and killed one resident and one firefighter.

That firefighter, Jared Lloyd, became trapped inside the building, and it wasn’t until more than 24 hours later that rescuers were able to reach his body.

The fire was reported at the assisted living facility around 1 a.m. on Tuesday. Before first responders arrived staff rushed to get the residents to safety.

“They did some tremendous work, life savings, before the fire department got there,” Garfield Bryan, an administrator at the facility. “People was all over the place. It quickly  started to look like a war zone.”

“Blackout conditions, high heat. We’re protected by our ensemble, gear, mask, as firefighters. You can imagine what the residents that are trapped are going through. That gives us the extra Herculean effort to find these people,” Rockland County Fire Coordinator Chris Kear said.

Officials said 125 residents live at the facility, though they were unsure how many were present at the time of the fire. In total 30 were rescued.

As staff hurried to get those not directly affected by the flames out of the building, volunteer firefighters from the surrounding area converged on the scene and worked together to put out the flames.

At one point during the night, Lloyd, a 15-year volunteer with the Spring Valley Fire Department, made a mayday call from the third floor of the building.

He had become trapped.

“As conditions worsened, they had to pull themselves out of the building for their own safety’s sake,” Kear said. “It’s gut-wrenching.”

Hours after the sun rose and the fire was put out, rescuers began looking for Lloyd.

It wasn’t until 24 hours later that rescuers located Llyod’s body.

The facility was completely destroyed. Those who lived here have since been relocated.

What an absolutely heartbreaking story. Rest in peace Jared Lloyd. Thank you for serving your community and sacrificing your life to save others. You will never be forgotten.