When a 17-year-old girl went to the mall with her brother and grandmother in Florida, she wanted to have some family time. Instead, she ended up having a harrowing experience when a strange man decided that he wants her to be his. When the young girl rejected his advances, the man did something unimaginable. 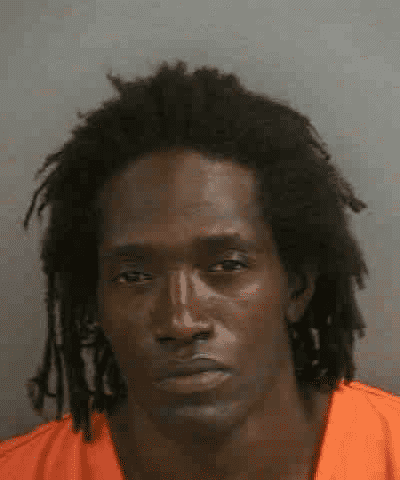 37-year-old Bruce Gordon was not discouraged by the fact that the girl was underage or that she didn’t want him anywhere near her. He still kept trying to flirt with her when all she wanted was to eat lunch with her family. When he finally understood that she was not going to be convinced, he went away. The story should have ended there but he returned only to hit her repeatedly until she became unconscious.

The incident took place on October 7 at the Coastland Center Mall in Naples, Florida. Police responded to a call there at around 4 pm and Bruce told the cops that he hit the victim, who is a juvenile, in self-defense. She reportedly hit him unprovoked but a witness said that the 37-year-old used violence on her when she refused his advances in the Panda Express line, according to WINK News.

“Directly in front of me was a 17-year-old looking girl with what appeared to be her grandmother,” the witness said. “I guess he wanted to start some sort of romantic relationship with her but he was very close and very intrusive,” recalled the witness. When she refused, he swore at her, left, then came back to hit her in the face multiple times.

“Delivered this blow to the person’s face and the victim immediately fell like a sack of potatoes. If I were hit in that manner I would have fallen in the same way,” he said. The witness added that the 17-year-old looked lifeless.

“Then after that, he was continually pummeling while she was on the floor completely unresponsive. The kind of beating that he delivered to this girl just looked like to me he had every intention of killing her,” they added.

Bruce only stopped hitting the girl when her brother threw a chair at him. A police report procured by Miami Herald said that he stomped on her as “she was laying on the ground and not moving.” Afterward, he took his things and left the area with mall security, who had reached the spot by then.

The barbaric incident was recorded by a witness and shared with the police. Paramedics treated the victim, whose name and age has not been revealed, and treated her for a cut on her forehead. There was a “large knot on the back of her head and multiple bruises on her chin and lip,” as per the report. The underage girl was taken to Naples Community Hospital North and treated for a “severe concussion” and other “multiple injuries.”

37-year-old Bruce Gordon was taken in to custody on a battery charge at the Collier County Jail on $25,000 bond. The charge was upgraded to felony since he has a prior battery conviction, as per Collier County court records. Last time, the victim had to file a restraining order against him. He has also been arrested for multiple other crimes like marijuana possession, aggravated assault, and multiple battery charges.