Take a look at the image of two brains above. Although they belong to children of the same age, you’ll notice that the one on the left is much bigger and has fewer blurred structures than the one on the right.

This radical difference is not caused by disease or physical injury, it’s actually the result of extreme emotional trauma and neglect.

The image comes from a paper by Professor Bruce D Perry, Chief of Psychiatry at Texas Children’s Hospital. In his words: “The CT scan on the left is an image from a healthy 3-year-old with an average head size. The image on the right is from a 3-year-old child suffering from severe sensory-deprivation neglect. This child’s brain is significantly smaller than average and has enlarged ventricles and cortical atrophy.”

It’s well established that early childhood years can profoundly affect the rest of a person’s life, whether it’s through the expression of certain genes or your risk of developing asthma later on. However, it’s less well-known that they can also affect the physical structure and size of your brain.

Numerous studies have looked into the startling link between brain development and extreme trauma. A 2007 study found that children with post-traumatic stress disorder and high levels of the stress hormone cortisol were likely to experience a decrease in the size of the hippocampus, a brain region associated with emotions and memory processing.

Towards the final decade of Romania’s brutal communist dictatorship, Nicolae Ceausescu outlawed all contraception and abortions, leading to thousands of children being abandoned in so-called “orphanages” where they were left en-mass in cramped conditions with virtually no care and little food. A study in 2015 looked at the brains of 26 children in these horrendous conditions and discovered they had significantly less developed white matter in at least four parts of their brains. Brain regions responsible for emotion were particularly affected, as were areas associated with maintaining attention, executive function, and sensory processing.

Needless to say, all of these insights highlight the irrefutable importance of a caring and loving environment for children in the first few years of their lives.

Shared with permission from our friends at IFL Science.

The post Images Show The Shocking Effect Of Emotional Trauma On A Child’s Brain appeared first on The Hearty Soul. 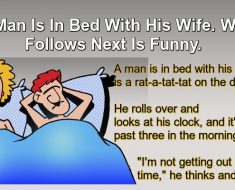