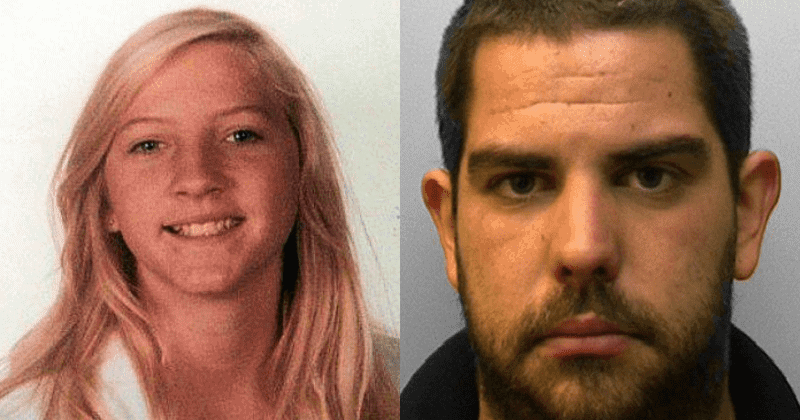 Trigger warning: The story contains details of murder and violence that might be distressing to some readers.

“Failed” by the people she hoped would protect her, a teenage girl died a horrible death after the police department ignored her cries for help several times.

19-year-old Shana Grice approached the police five times, begging them to take action against her ex-boyfriend, Michael Lane, who had been stalking her and tormenting her life for months. But what the teen from Brighton, UK heard from the police in return were accusations for wasting their time.

Although Shana reported details of Michael turning aggressive, and sometimes even violent, she was sent away by the police, saying she failed to tell them she was dating the man in the past. The Sussex police not only mishandled her case but also made her pay a fine for “wasting police time,” according to nzherald.co.nz.

Over the span of six months in 2016, Shana reported to the police about Michael breaking into her home and mistreating her by yanking her phone away and grabbing her hair.

Even after the two ended their relationship, Michael reportedly smothered her with flowers on the day she turned 19. Refusing to accept that Shana had moved on and begun dating again, Michael allegedly told a friend, “She’ll pay for what she’s done,” as quoted by Mirror.

His disturbing actions included placing a tracking device on her car and showing up unannounced at her house, even after Shana began a relationship with someone else.

“I wanted to see you and I knew you wouldn’t let me in. I’m just not right in the head, otherwise I wouldn’t do it,” Michael was heard saying in one of the frightening phone calls Shana recorded, as reported by nzherald.co.nz.

Shana went to the police to report his harassment and even told them about receiving calls from an unknown number, where she could only hear sounds of heavy breathing. At the time, the police declared that her case was “low risk” and they sent her back home.

A couple of days later, Shana faced more disappointment when she told the police about Michael stalking her. Instead of paying heed to her words, the police informed her that they were shutting her case, and wouldn’t be taking any more action.

Following months of harassment, Michael once again broke into Shana’s home on August 25, 2016, with a can of petrol and a knife on him. After slitting her throat, Michael tried burning her body and left the girl murdered in her bedroom.

Shana was “failed” by the Sussex Police, said Tom Milsom from the Independent Office of Police Conduct (IOPC) in a Sky Crime documentary called Murder in Slow Motion that aired in March 2021.

“You really need to listen to the victim and I don’t think that happened to Shana. She was let down,” Milsom added, as quoted by The Sun.

In 2017, Michael was found guilty of murdering Shana and was handed a sentence of 25 years behind bars.

Although Shana’s family was “relieved” when Michael was given his prison sentence, they said, “We firmly believe Shana would be alive today if Sussex police had acted to protect her on the many occasions she complained about Lane, rather than issue her with a fine for wasting police time.”