If you’ve ever googled something and ended up on Quora, you have likely spent a few hours of your life reading question and answer submissions, maybe you’ve even contributed some of your own insights and answers.

When an anonymous mother posted a question on this site, she was not prepared for the responses she received.

How do I tell my wonderful 11-year-old son, (in a way that won’t tear him down), that the way he has started talking to me (disrespectfully) makes me not want to be around him (I’ve already told him the bad attitude is unacceptable)?

It’s a scenario that many parents face, when your kid sprouts into the tween years and the sweet and snuggly side get overtaken by a sassy, mean, and ungrateful attitude.

Sometimes these changes happen overnight and it can be a challenge to adapt to this phase of a sensitive yet insensitive spiral.

This mothers question on Quora received many responses, but it was one woman’s response that took to social media by ‘share’ storm.

Jo Eberhardy, a mother of two and fantasy writer from Australia, with an admirable amount of wisdom provided an answer, that all parents need to read.

In the answer, she described a discussion that she once had with her 11.5 year old son, when we started going through the birds and the bees – she had this conversation in the car, which is a notably appropriate place to have a potentially uncomfortable discussion.

Jo admitted to her son that she messed up when she gave him the puberty talk, she then told him exactly what was happening in his brain:

“I’ve spent all this time talking to you about the way puberty changes your body, and what to expect as you go through the changes, but I completely forgot to talk to you about what’s going on in your brain right now.

Puberty is the time when your brain grows and changes more than at any other time in your life — well, except for when you’re a baby, perhaps. So I really let you down by not preparing you for that. I’m so sorry.”

After her son accepted this sudden apology, he asked why his brain was changing.

“That’s the amazing thing… Did you know that your brain grew and developed so quickly when you were little that by the time you were about five or six, your brain was almost as big and powerful as an adult’s brain?

But here’s the thing, even though your brain was super powerful, the instructions were for a child’s brain. And all the information about building an adult’s brain was a bit… let’s say fuzzy. So your brain did the best it could, but it didn’t really know what kind of person you were going to be back then, or what shape brain you were going to need.

Her son replied “that sounds hard”.

Jo continues “Yeah, it is. That’s why I wish I’d warned you first. See, it takes a lot of energy to completely rewrite a brain. That’s one of the reasons you get tired quicker at the moment — and that, of course, manifests in you being crankier and less patient than normal.

That must be really frustrating for you.

Her son began wiping his eyes,  “It is,” he responded. Sometimes I just feel really angry and I don’t know why.”

She slowly continues to explain what’s going on in her son’s brain.

“The other thing is that one of the first parts of your brain that gets super-sized to be like an adult is the amygdala. That’s the part that controls your emotions and your survival instincts.

You know how we’ve talked about fight/flight/freeze before, and how sometimes our brains think that being asked to speak in public is the same level of threat as being attacked by a sabre tooth tiger?

Your amygdala looks after these sabre tooth tiger warnings and big emotions. So, the thing with puberty is that all of a sudden you’ve got an adult-sized amygdala hitting all your emotion buttons and your sabre-tooth tiger buttons. That must be really hard for you to manage.”

Her son nodded and said, “Sometimes I don’t know why I say the things I do. They just come out, and then I feel bad.”

“See, the last part of your brain that gets rewritten is right at the front of your head. It’s called the frontal cortex. And that’s the part of your brain that’s good at decision making and understanding consequences. So you’ve got this powerful adult amygdala hitting you with massive emotions, but you’ve still got a fuzzy child frontal cortex that can’t make decisions or understand consequences as quickly as the amygdala wants you to. It pretty much sucks.”

“No, it’s puberty’s fault your brain works the way it does, but that doesn’t mean it’s not your responsibility to recognise what’s going on and change your actions.

It’s not easy, but it’s not impossible, either.

Your feelings are your feelings, and they’re always okay. But you get to choose your actions.

She paused for a dramatic effect…

“That’s how you prove that you’re becoming an adult.”

Her son responded with a perfectly understandable and relatable, “Puberty sucks.”

“Puberty absolutely sucks,” Jo responded. “I’m not in your head, but I can only imagine that it’s a mess of confusion and chaos, and you don’t know from one minute to the next how you feel about things.”

Her son looked at her in surprise. “Yes! Exactly!”

“If it’s confusing for you living inside there,” Jo continued, “imagine how confusing it is for me, when I only see your actions.”

“That must be really confusing,” her son agreed.

She nodded. “Do you know what that means?”

“Can you just keep telling me what’s going on in your head? The more we talk, the easier it will be for both of us to get through this puberty thing unscathed. Yeah?”

It’s pretty remarkable what happens when we take the time to empathize and communicate with our kids. If you let your child know that we’re going through these various phases of life together, it should be easier to work with them, instead of working against them.

If your child is going through this phase right now, your already going through it together – so work as a team. With all your time and effort spent, hopefully by the end of it – you’ll have a respectful, sweet and wonderful young adult.

It’s so refreshing to see examples of good parenting. Being a parent is hard work, and puberty sucks, but there’s a lot that can be said about a patient and insightful parent who helps there tween get used to their new and improved brain.

The post This Mom’s Answer to a Question on Quora is Something Every Parent Needs to Read appeared first on The Hearty Soul. 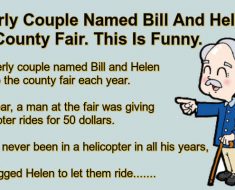 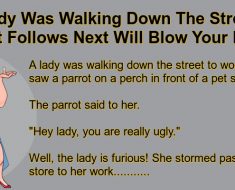