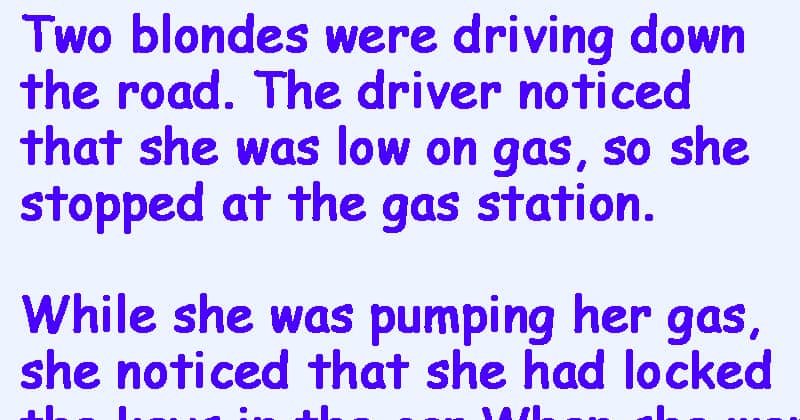 Two blondes were driving down the road.

The driver noticed that she was running out of gas and pulled up to the gas station.

While she was pumping her gas, she noticed that she had locked the keys in the car.

When she went inside to pay, the blonde asked the attendant for a coat hanger so that she could try to open the door herself.

She went outside and started to open the lock.

Ten minutes later the attendant went outside to see how the blonde was doing.

The blonde outside the car was moving the hanger around and around.