A Michigan dad named Jimmy Hoffmeyer has decided to transfer his biracial daughter to another school after her hair was cut twice without parental consent. Jimmy Hoffmeyer said his 7-year-old Jurnee went home from Ganiard Elementary School with one side of her hair cut off. She told him it was done by a classmate while they were on a school bus.

The dad complained about it to the school principal and he later took Jurnee to a salon to get it fixed. After two days, however, his daughter again came home with her hair cut on the other side. “She was crying. She was afraid of getting in trouble for getting her hair cut… I asked what happened and said ‘I thought I told you no child should ever cut your hair’. She said ‘but dad, it was the teacher.’ The teacher cut her hair to even it out.”

The dad called the Mount Pleasant School District and eventually, Jennifer Verleger, superintendent, later issued a statement and apologized about the incident. 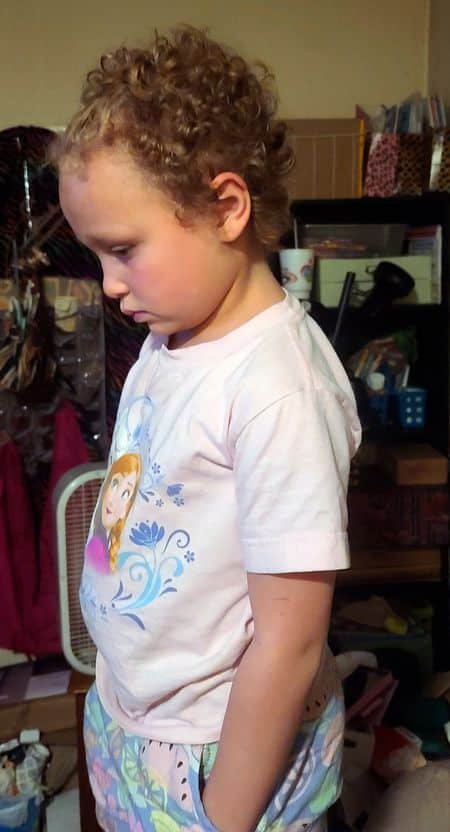 “An apology card to a 7-year-old who is humiliated and has to be around her classmates like this?” Jimmy asked. “I still want to know what justifies a teacher cutting a child’s hair without their parents’ permission? Any of this could have been resolved with a phone call. She doesn’t understand what’s wrong with her hair.”