This post is sponsored by Mattel. All opinions are my own.
Does your family love HARRY POTTER™ as much as ours does? Why not plan a fun Harry Potter themed day complete with QUIDDITCH™ dolls, GOLDEN SNITCH™ treats and more! 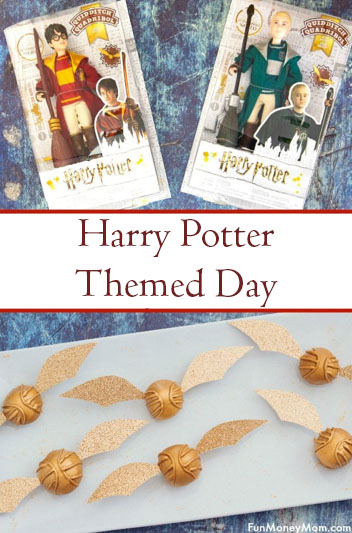 My daughter has turned the entire family into Harry Potter fans! A few years ago, I toured the London studio where the movies were made. Even though I hadn’t read the books or seen the movies, I still found it incredibly cool. My oldest was in 3rd grade at the time and when I got home, I thought it would be fun to introduce her to the books. She was totally hooked after just one chapter and read through the complete series in no time.
Her enthusiasm caught on and now we love all things Harry Potter! We’ve seen the movies more times than I can count and have made everything from a Golden Snitch Pumpkin to a Monster Book Of Monsters Valentine box!

That’s why we were so excited when we saw the new Harry Potter Quidditch Dolls in the toy and collectibles aisle at Walmart. Add to your cart here! I’d been planning to put together a fun Harry Potter themed day and these were just what we needed! 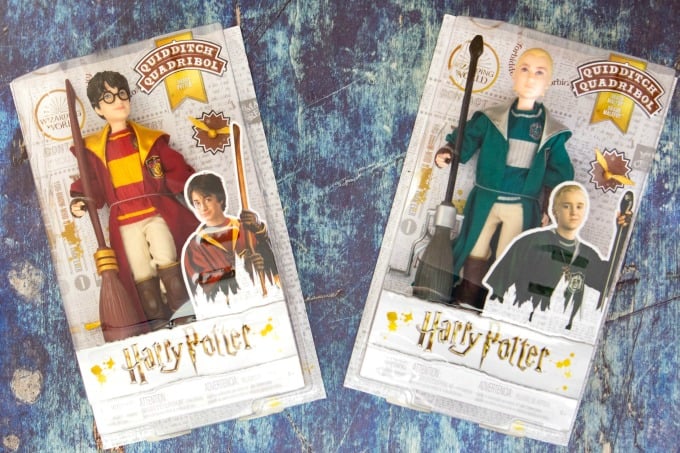 The girls and I loved that the dolls really looked like the movie characters. The Harry Potter Doll comes complete with his GRYFFINDOR™ Quidditch robe, sweater, protective gear, NIMBUS 2000™ broomstick and of course, a Golden Snitch. 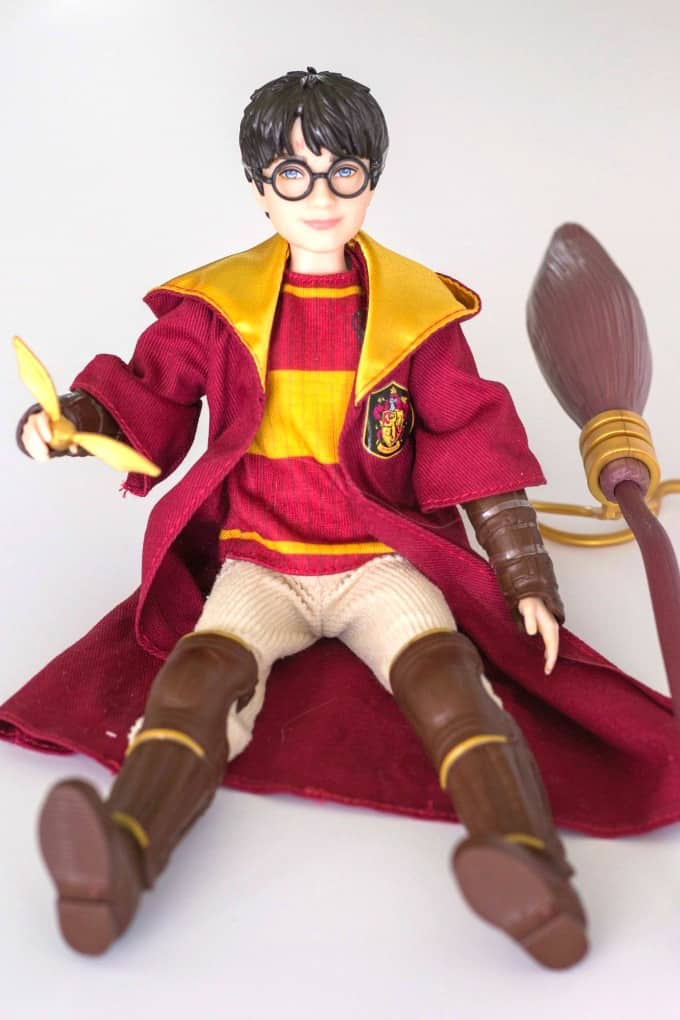 DRACO MALFOY™ has the same, except his gear is SLYTHERIN™ related, right down to his fancy NIMBUS 2001™ broomstick. With eleven movable joints, including the wrists, elbows, knees, shoulders and neck, these dolls are built to be played with. All those moving parts should make catching that Golden Snitch a whole lot easier too! 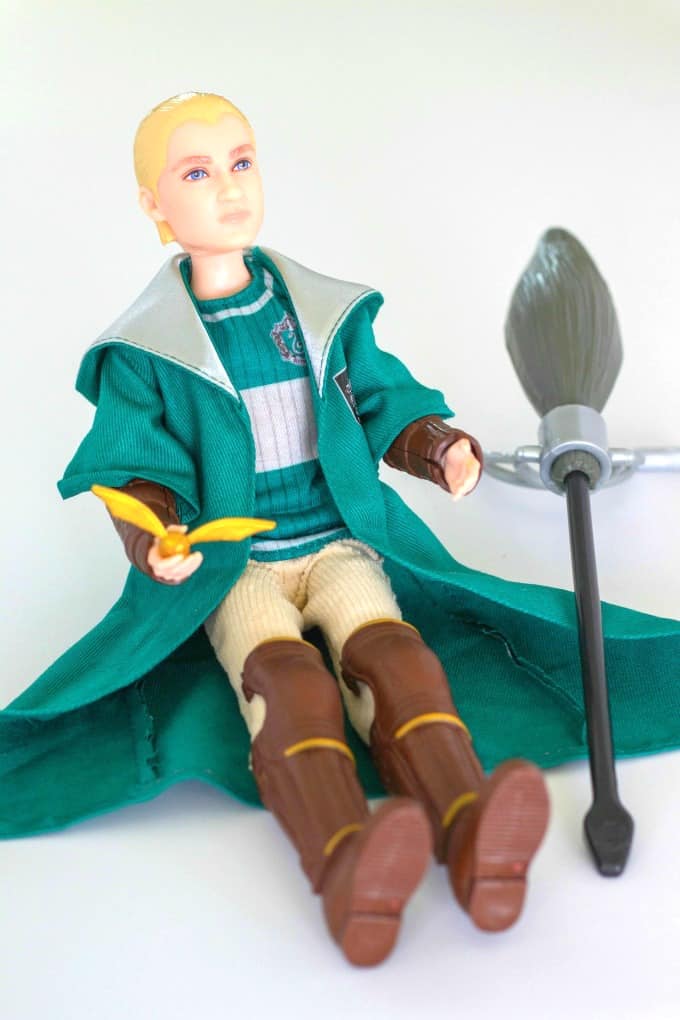 Our Harry Potter themed day started with a game of indoor Quidditch. We even got a little crafty and made our own goals! 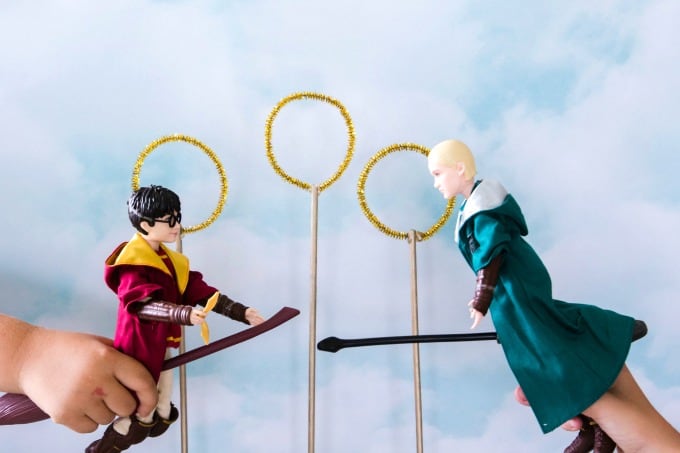 Then we took the game outside and played Quidditch in the backyard. The girls were even pretty good about taking turns with Harry…he’s the favorite, of course!
I love when my girls find something they can play together and bond over. Plus, these toys encourage them to use their imagination and they came up with a gazillion different scenarios for Harry and Draco. Since these dolls came decked out in QUIDDITCH gear, the first thing they did was stage their own match in the yard.
The bonus is that when they find toys they like as much as these, my girls forget all about technology for awhile. Anything that gets them off the computer and playing outside is a big win for me!
I could see that these aren’t the kind of toys they’d play with once and then forget about (we’ve had way too many of those).  The fact that we got them just in time for summer break is perfect timing too. They can play with their Harry Potter Dolls inside on a rainy day or outside when the weather is nice! Keira loved running around the yard making Harry Potter  “fly” and try to catch the Golden Snitch. 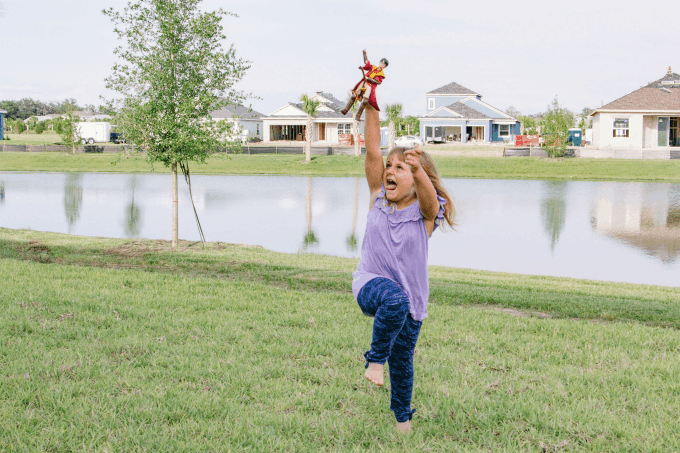 When the girls finally took a break, I surprised them with the fact that we’d be making Golden Snitch Peanut Butter Balls. They love helping in the kitchen, especially when we’re making something sweet. 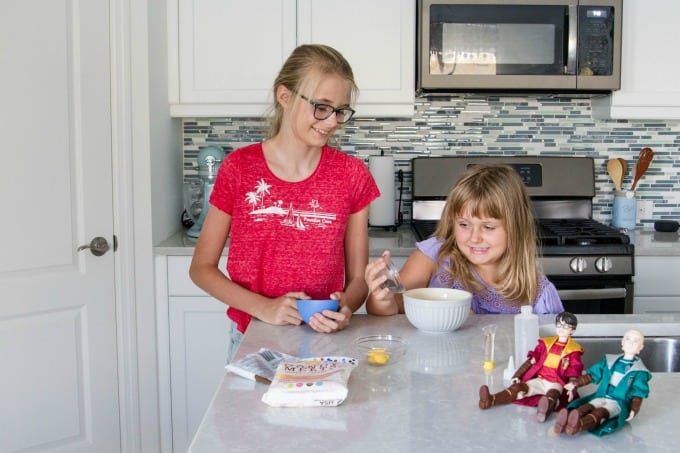 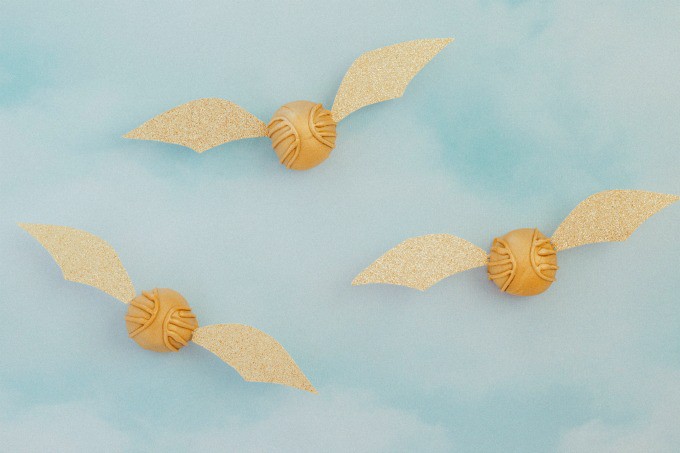 The Harry Potter fun wasn’t over yet! This was the perfect time to snuggle on the couch and watch a Harry Potter movie. We popped popcorn and the girls giggled away at their favorite part, when RON WEASLEY’S™ mom sends him a HOWLER™. So embarrassing! 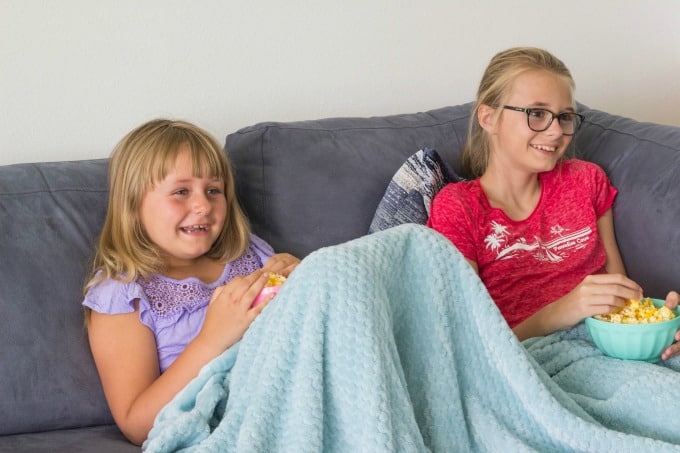 Of course, Harry and Draco wanted to watch too. They called a temporary truce and shared a bowl of popcorn. 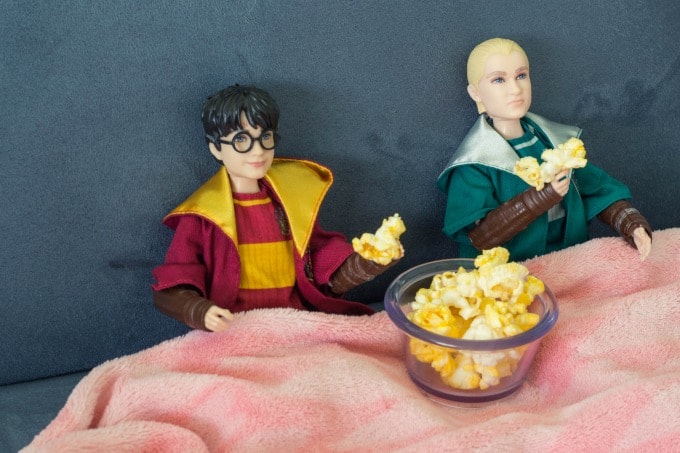 Since it wasn’t a school night, I let them stay up a little later to read (staying up late is a BIG deal to these girls). Guess what book they chose? 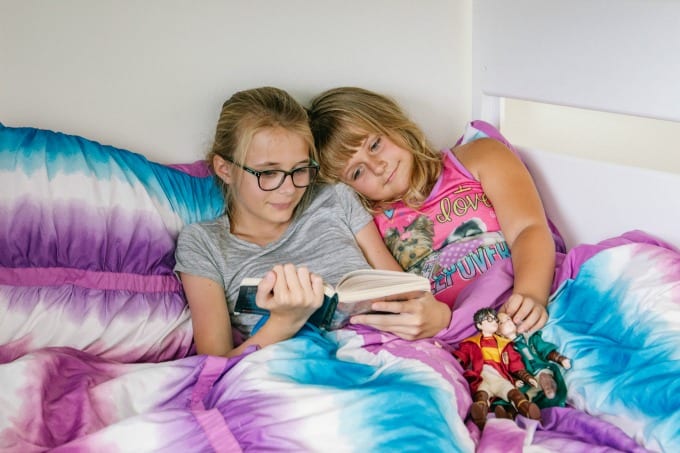 The post How To Plan A Magical Harry Potter Day appeared first on Fun Money Mom.