It’s not officially Valentine’s day until the kids have made their boxes for school. If you’re looking for fun new ideas, they’re going to love making this cute Minion Valentine Box! 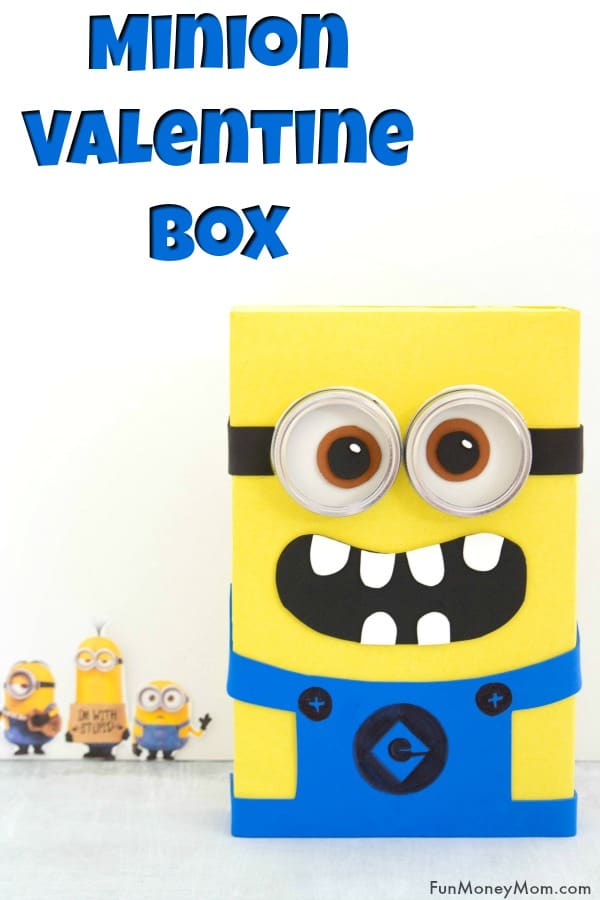 Since I was invited to share Valentine Boxes on Suncoast View this year, I made a bunch! (Watch the Suncoast View episode to see all the boxes I’ve made this year) 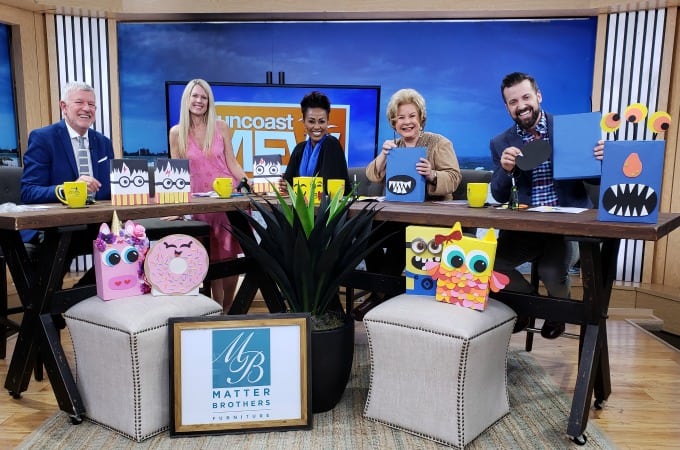 One of my ideas was to create a Minion Valentine Box and it was a lot easier than I expected! It’s a fun project to do with the kids and older ones can even do it on their own. Ready to make your own?

Start by covering a cereal box with yellow construction paper. 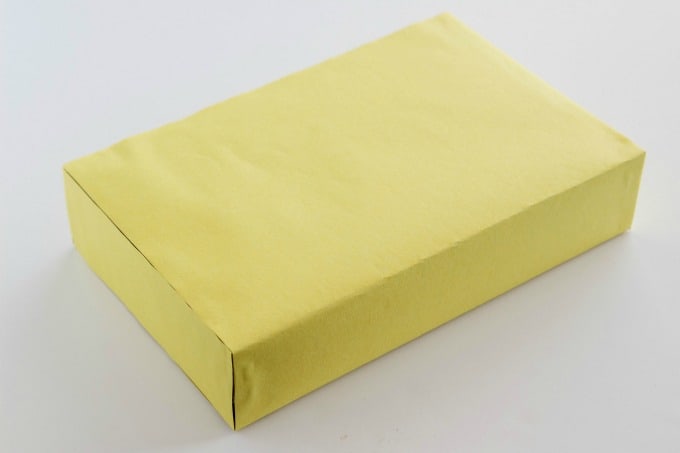 Cut a hole in the back of the box. A box cutter works best but that might be a job best left to mom or dad. 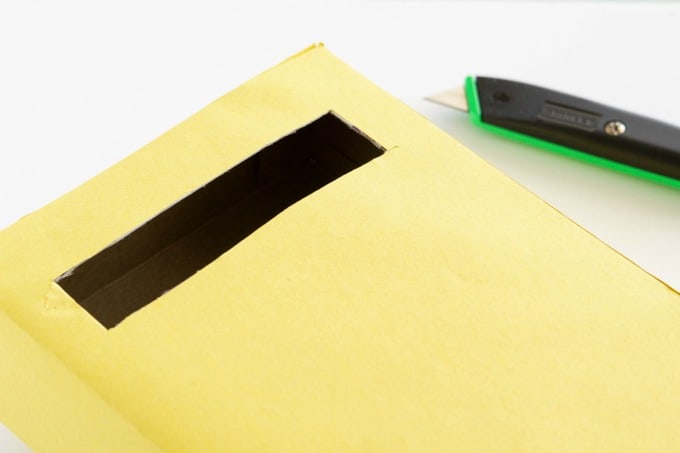 Cut out three sets of circles. Since I’m totally incapable of drawing perfect circles by hand, I trace everyday objects to make them. I used mason jar lids for large white circles (but you can also just use a glass), a shot glass for the brown circles and a coin for the small black ones. 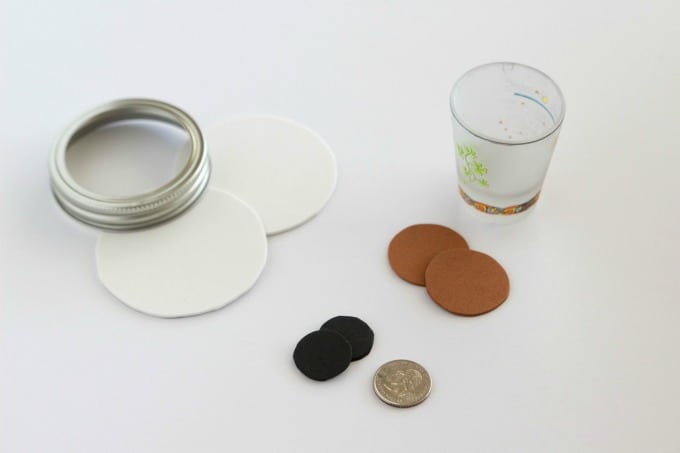 Glue the eyes on onto the cereal box. I also added small scraps of white to create a reflection on the eyes. 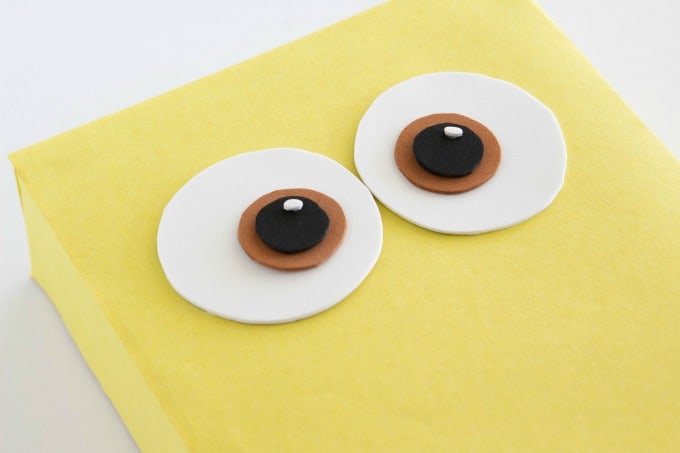 Use hot glue to glue mason jar lids over the eyes. Be sure the lids come together in the middle. If you don’t have mason jar lids, roll up some aluminum foil (like a snake), then curve it into two circles and use them instead. 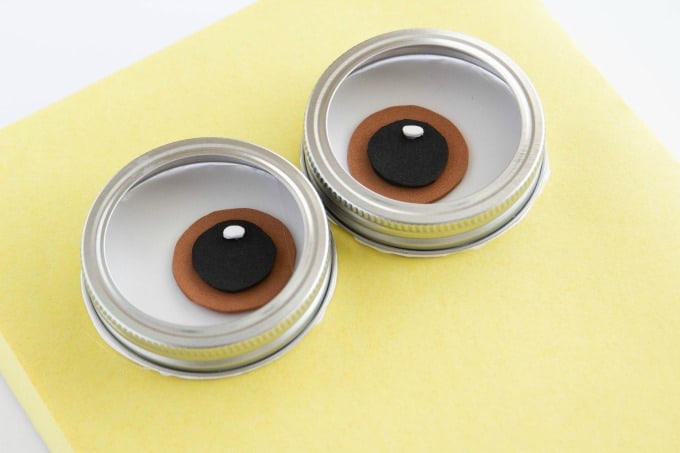 Trace two strips of black foam for the frame of the glasses. 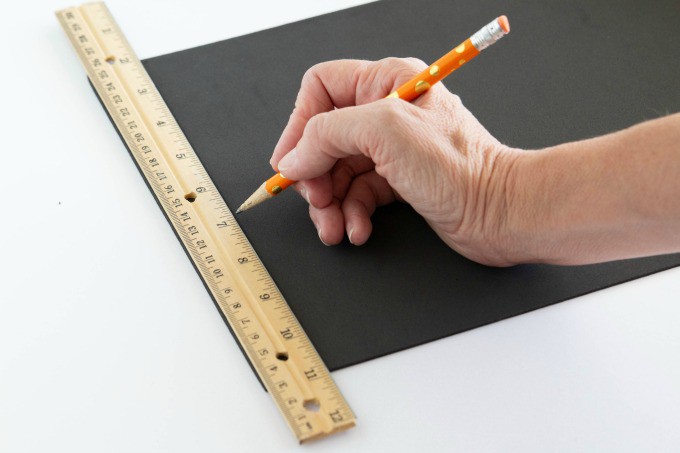 Measure the distance around the sides and cut the strips to the length you need. You can go all the way around the box or just cover the sides. You’ll also want to make one end of each strip slightly rounded to fit around the mason jar lids. 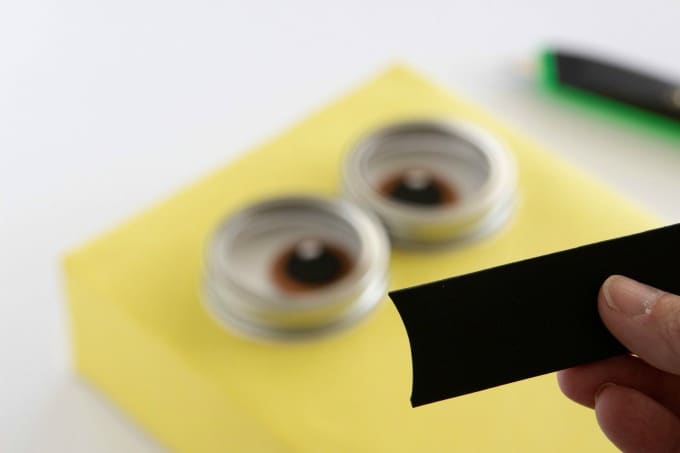 Glue the strips to the box. 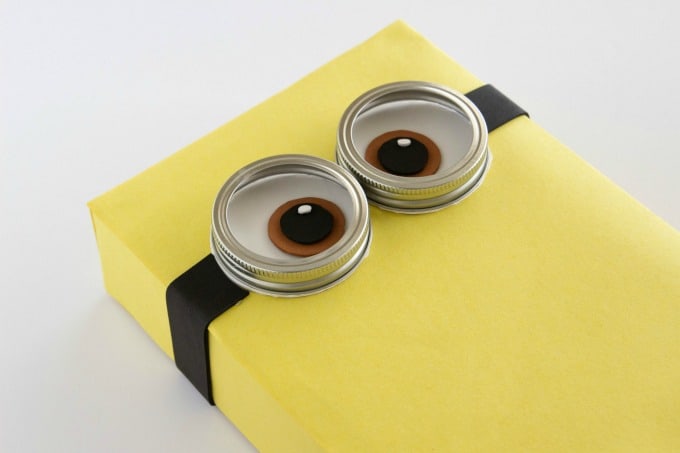 Cut a black piece for the mouth and white pieces for the teeth. 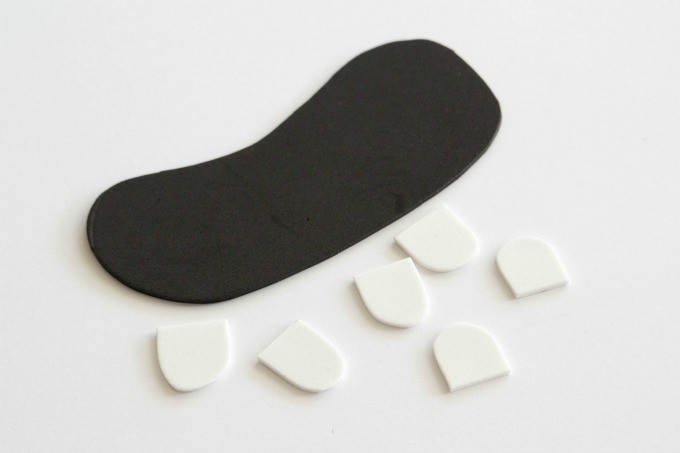 I found the easiest way to do the teeth was to glue them in position, then trim the extra parts off afterwards. 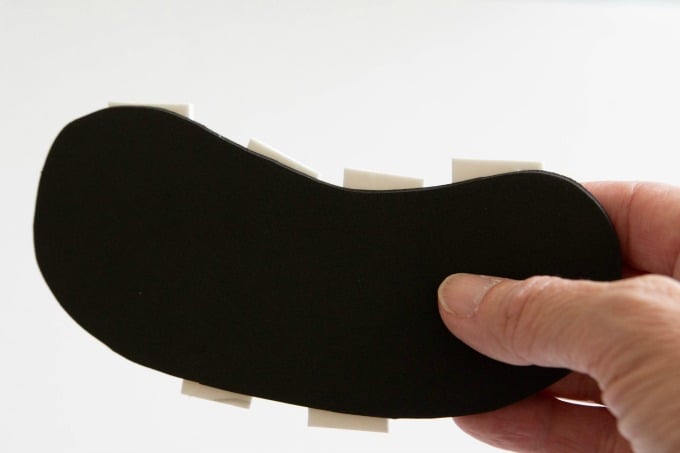 Now glue the mouth on the minion. 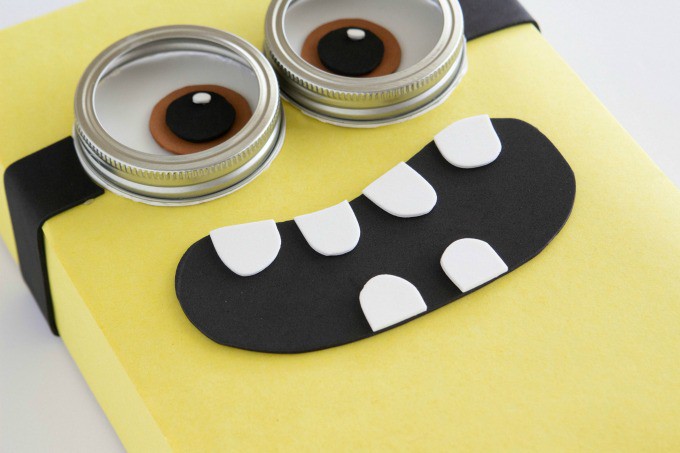 Cut Minion overalls out of blue craft foam. You can use this tracer to make it easier but you may have to adjust it slightly if you used a different sized box than I did. 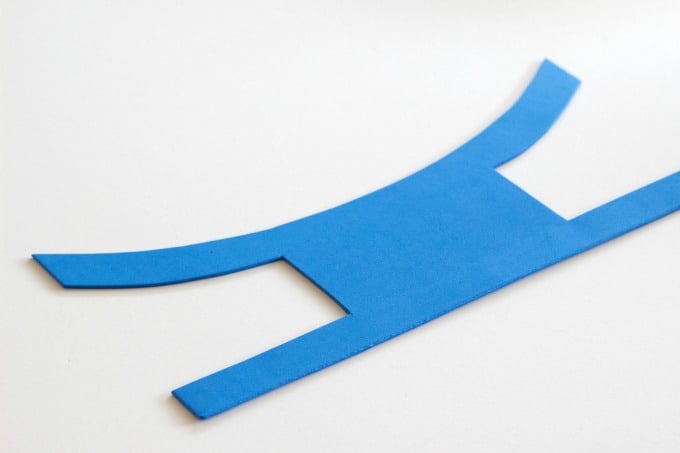 You’ll want to use a marker to make this shape in the middle of the overalls. 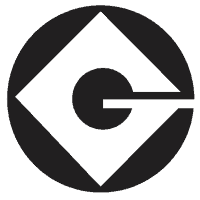 I started with a circle, then made a diamond in the middle. 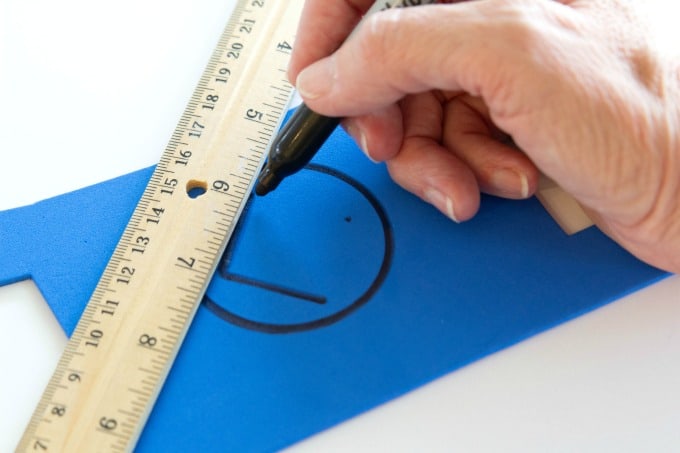 Mine wasn’t exactly like the original logo but it turned out pretty close. 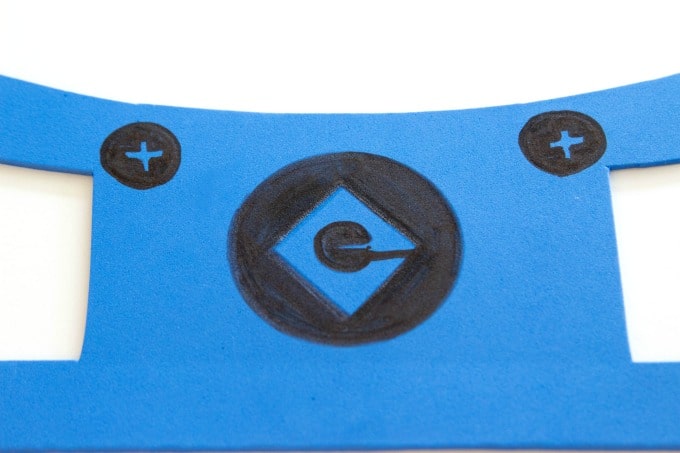 Glue the overalls to your minion. 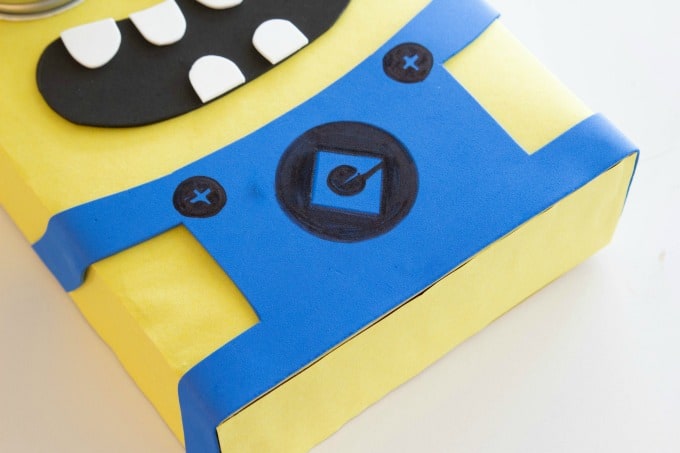 Your Minion valentine box is ready for school! He turned out pretty cute, don’t you think? 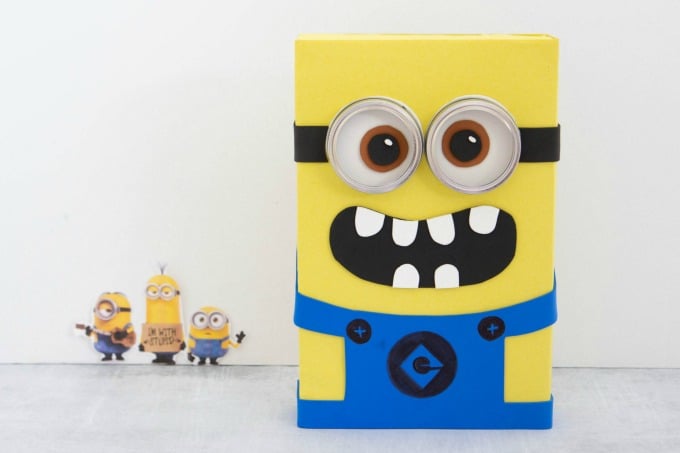 He kind of reminds me a little of the Sponge Bob valentine box I made last year but maybe that’s just all the yellow and blue. What kind of valentine box do you think I should make next? 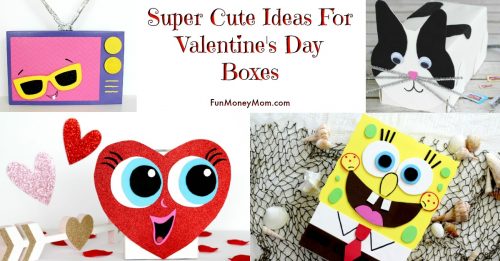 Need some Valentine’s Day treats? Get that sweet tooth ready… 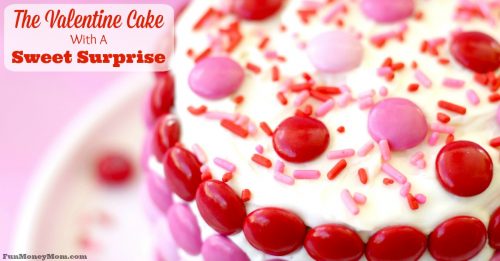 Valentine Cake With A Sweet Surprise 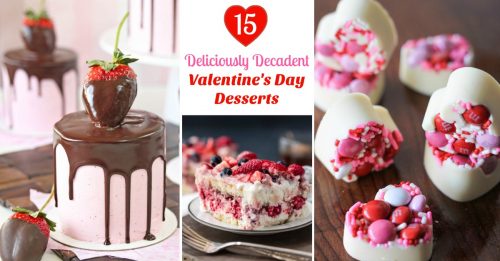 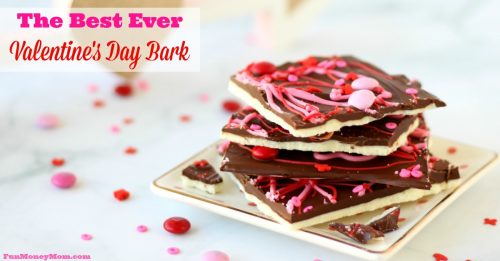