Home
Uncategorized
Mum begs for birthday cards for son, 13, who told her ‘I’ve had enough of life’

The poor kid wishes a butterfly would come and take him away to a place of peace, where there is no more pain.

13-year-old Rhys has spent his entire life battling with Epidermolysis Bullosa, a rare, life-limiting, and extremely painful condition that causes the skin to blister, fuse, and sometimes fall off. Most people born with this condition do not survive beyond the first five years of their lives, but Rhys, who lives in Bolton, Great Manchester, is 13 going on 14. His condition has left him confined to a wheelchair with most of his skin permanently bandaged.

His birthday is coming up on September 21, and his mother, Tanya, 36, is pleading with people to send birthday cards to her son. During Christmas last year, she made a similar appeal and her child received hundreds of cards from people around Bolton and beyond. His classmates sent him colored customized cards and he opened each one with so much joy and anticipation.

“The last few months, he’s had enough of life,” his mother said to Bolton SWNS, as reported by Mirror UK [1]. “He’s had enough of being in pain with the sores. He just wants to give up, he doesn’t want to fight anymore. What do you do as a mum? He’s such a happy boy most of the time but recently it’s a struggle to try and get through to him. I don’t think he can fight much longer, his life depends on this.”

When Rhys was born, his father Mark, 48 and Tanya didn’t know how he would cope if he ever made it to his teenage years. The harrowing condition causes his skin to blister at every contact with something. On the slightest rub or scratch, it would break out in a painful sore. The skin at the back of his knees has fused so tightly that the boy is unable to stand upright. He is now confined to a wheelchair. He has to be fed through a tube because consuming solid food can cause his esophagus to blister.

According to his mother, Rhys can’t live anything close to a normal life, and it deeply breaks her heart. She has to watch her son go through so much pain every day of his life and she can’t even hold him in her arms.

Rhys’s pain is so intense that the doctors prescribe morphine to help soothe his suffering. “His fingers have webbed and his hands fused,” his mother said. Rhys can’t do anything with kids his age and doesn’t go out with the family. He can’t go on holidays because nobody will be able to attend to his needs as his parents do. His bandages have to be changed three times a day, otherwise, he may contract a serious infection.

“Rhys’ life revolves around school, Xbox, sleep, repeat. He doesn’t want to go out because he doesn’t like the way people look at him. I don’t want him to be in pain anymore but I still want him to be here,” his mother said.

Rhys is broken from so much pain

Rhys is tired of the daily, incessant suffering, and he recently told his mother that he wishes a “butterfly would come and take him away”. His mind is beginning to conjure up the happiest ways in which he can leave the world and end his suffering. His mother is terrified and heartbroken. She doesn’t want him to suffer anymore, but she loves her son very much and still wants him to stay with her.

When she appealed last year for the Christmas cards, Rhys would come home from school and spend hours tearing through each one, beaming with smiles. The boy was rejuvenated and was happy for days as they kept coming in.

“Every single card he received, he opened them with so much joy,” Tanya said. “He came home from school and he would see these Christmas cards. He got hundreds at a time. It showed him that he still needs to fight, that there are people out there who do care and do love him. Hopefully, it can make him see that not everything is bad.”

Cards can be sent to Rhys at 40 Whalley Avenue, Bolton, BL1 5UD

EB is a general term from a group of rare, painful and incurable conditions that cause the skin to be extra-fragile and blister easily from rubs, heat, scratches, and friction [2]. The condition is estimated to affect about 1 out of every 17,000 newborns and a total of 500,000 people worldwide [3].

The term “butterfly children” is used to describe kids born with EB because their skin is as fragile as the wings of a butterfly. EB is caused by a mutation in the collagen gene which is responsible for connectivity between the skin tissues. There are protein anchors made up of collagen and keratin that prevent the outer and inner layers of the skin from moving independently from each other. The anchors are absent in people with EB, so when their skin comes in contact with anything, it tends to pull apart very easily, resulting in painful, slow-healing blisters.

There are three main types of EB [4]:

EB Simplex – This affects 70 percent of all EB patients. The blistering occurs only on the upper layer of the skin.

Dystrophic EB – 25 percent of EB patients suffer this type, where the upper layer beneath the skin’s surface gets blistered.

Junctional EB – This is the most severe form of the condition and also the rarest. It affects about 5% of all EB patients. The blisters occur on the lower layer of the dermis (inner skin).

EB starts at birth and about 40 percent of sufferers do not make it past the first year of birth. A greater percentage do not live beyond the age of 5. There is currently no cure for the condition. Patients can only be treated for pain and risks of infection.

The post Mum begs for birthday cards for son, 13, who told her ‘I’ve had enough of life’ appeared first on The Hearty Soul. 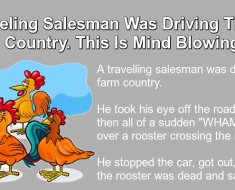 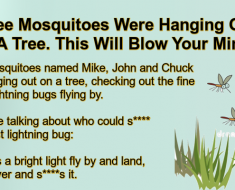