New Year’s Eve bingo is the perfect way to keep the kids entertained while you’re waiting for the clock to strike midnight! 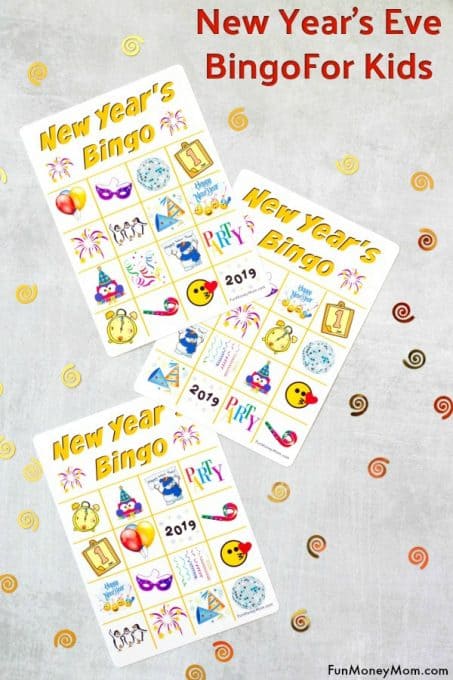 Do your kids make it to midnight every year? My six year old (then five) tried SO hard last year. She was so bummed the next morning when she realized that she didn’t quite make it. She’d literally fallen asleep with twelve minutes to go. I even tried to wake her back up but once she’s asleep, she’s just not having it!

This year I’ve planned ahead with games to keep the kids entertained. I think they’ll love a little New Year’s Eve Bingo! 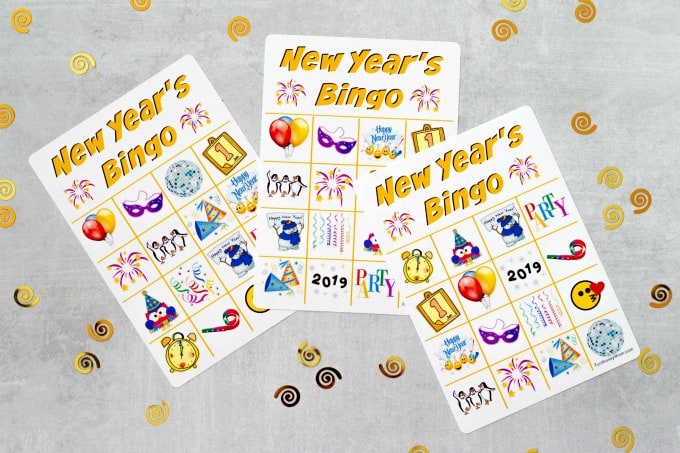 If I pick up some cheap prizes (hello, Dollar Tree), they’ll play as many games as there are prizes to give away!

I’ve done all the work for you and these bingo cards are ready to print. I used HP Invitation Paper just because I always have it on hand but you can save a few dollars by using regular 5×7 photo paper. 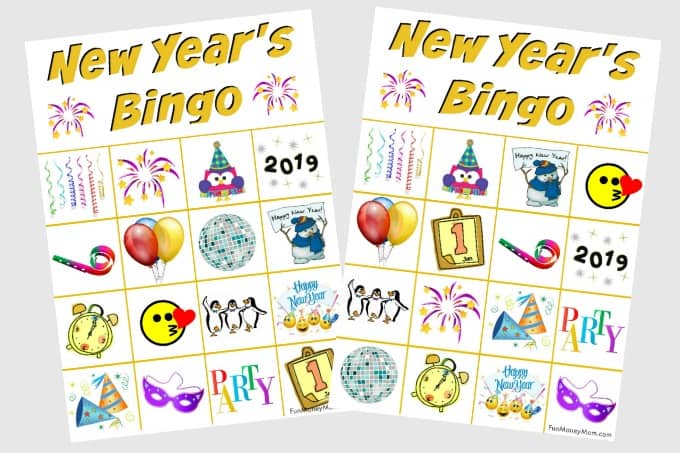 I uploaded the cards separately so that you could easily print out 2 or 10, depending on the number of kids you’ll be entertaining…

Print these out and cut them apart to use as the calling pieces (you can use the same 5×7 cards): 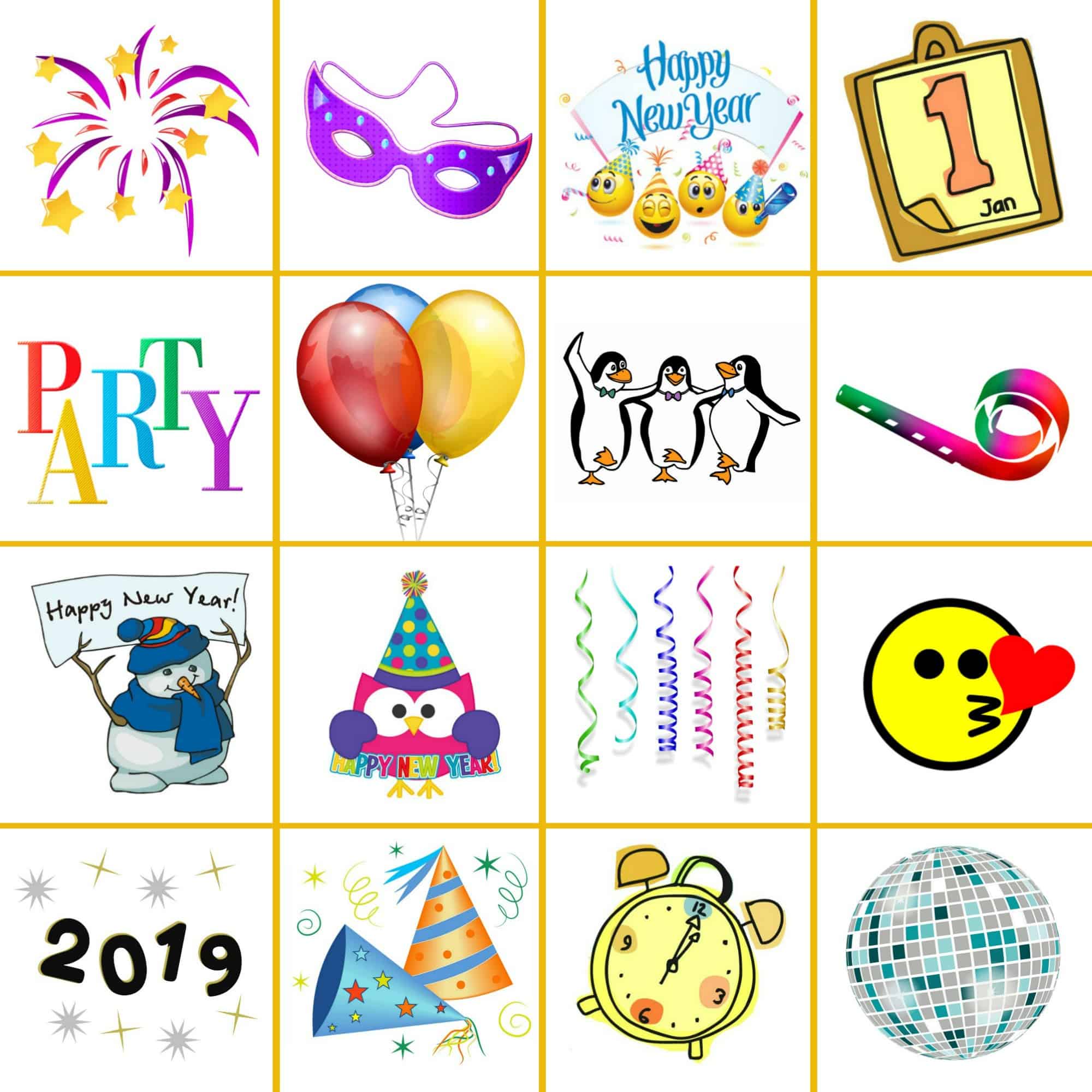 Be sure to check out Sarasota’s Suncoast View on December 26th! I’ll be sharing this, plus lots of other fun New Year’s Eve idea’s for kids.

How do you keep the kids entertained while you’re waiting for the clock to strike midnight?

Here’s a little something for the grown ups: 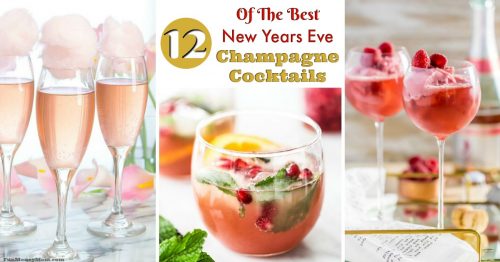 12 Champagne Cocktails To Ring In The New Year