Nestor Gonzalez and Americo Ledezma of Florida were both at work when their Ring doorbell security system went off.=

When they saw the motion alert on their phones, they looked at the camera and saw their 1-year-old poodle, Prada, barking frantically in their kitchen.

“We got the motion alert. When we saw the camera, she was barking in the kitchen. She never does that,” Nestor said. About 30 minutes later, the family received another motion alert. This time, they immediately realized why Prada had been trying to get their attention.

“Everything was smoky and it was cloudy inside so we couldn’t see anything,” Americo explained. So the two of them rushed back to their home, only to find it was engulfed in flames. A fire had somehow started inside while Prada was home alone.

“All we can think about was Prada, hoping she was OK,” Nestor said. “Material stuff, you can always replace. But her life, that’s something you can’t replace.” 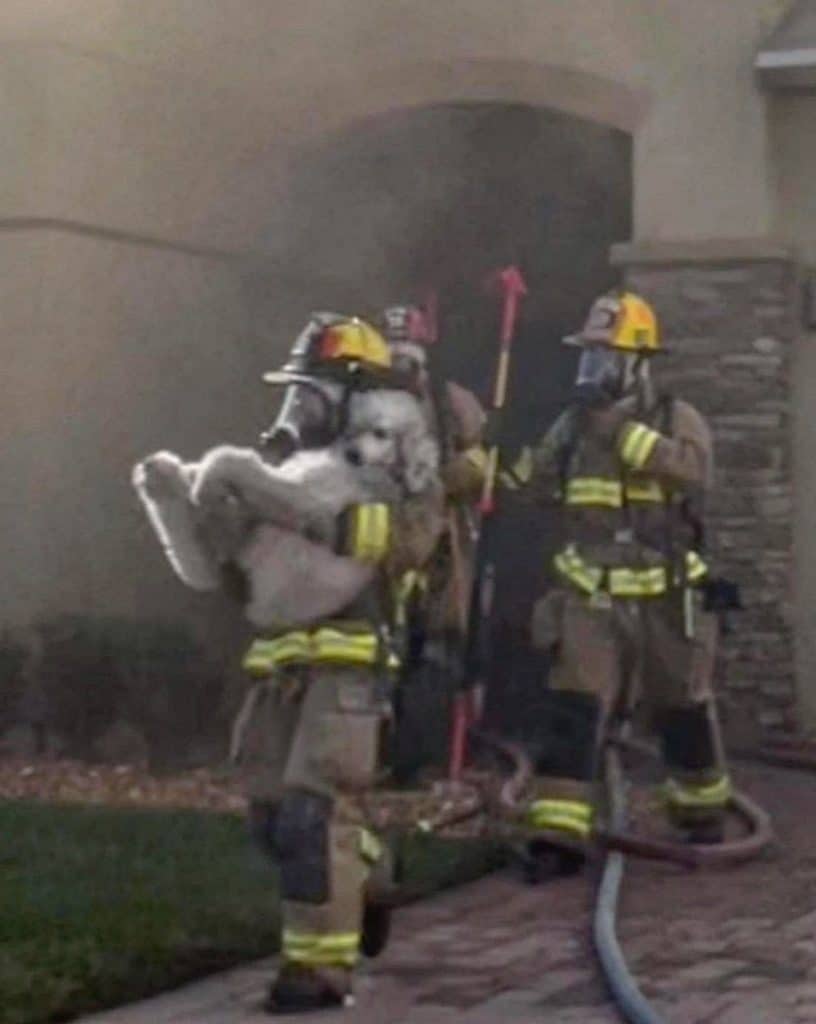 Thankfully, firefighters from Orange County Fire Rescue were able to get there in time and carried Prada outside to safety. Her white fur was gray with ash and soot, but she was otherwise unharmed! Not to mention, the firefighters said the disaster would have been much, much worse if Prada hadn’t called for help.

The fire seems to have started in the kitchen, but the family still isn’t sure what caused it. While Nestor and Americo lost everything they own, they’re just grateful their beloved dog made it out unscathed.

“Everything’s gone. All the hard work, everything we have done,” Nestor said. “We have to start all over again. It’s so frustrating seeing everything devastated like it is inside.” 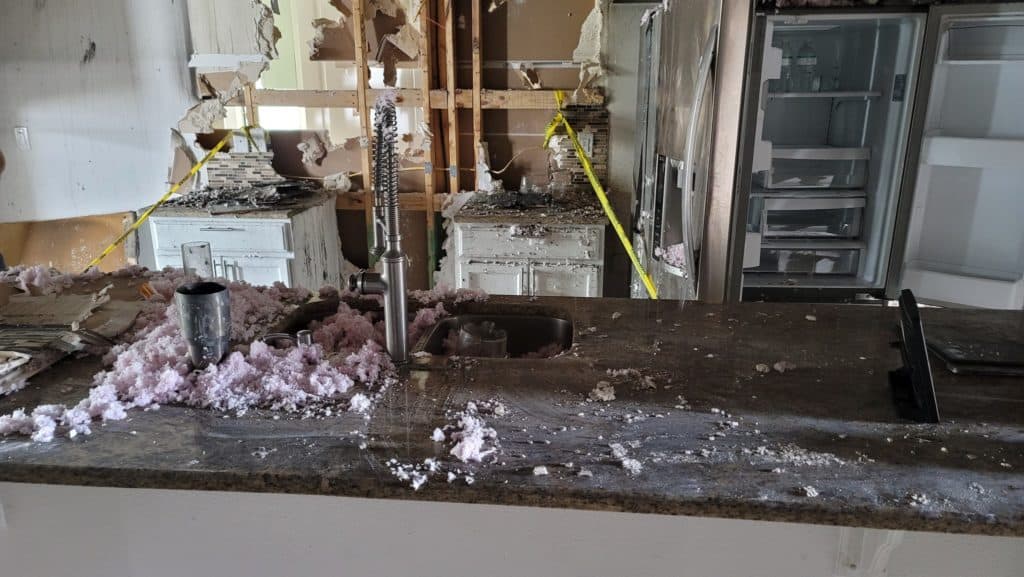 Still, Americo added, “The good part is that it’s material. I’m glad that we are OK and that Prada is OK.”

Nestor, Americo, and Prada are now staying with family while their home is repaired. Since the damage was so extensive, renovations could take six months and cost upwards of $100,000 to complete. A GoFundMe has been started to help them offset what insurance will not cover. 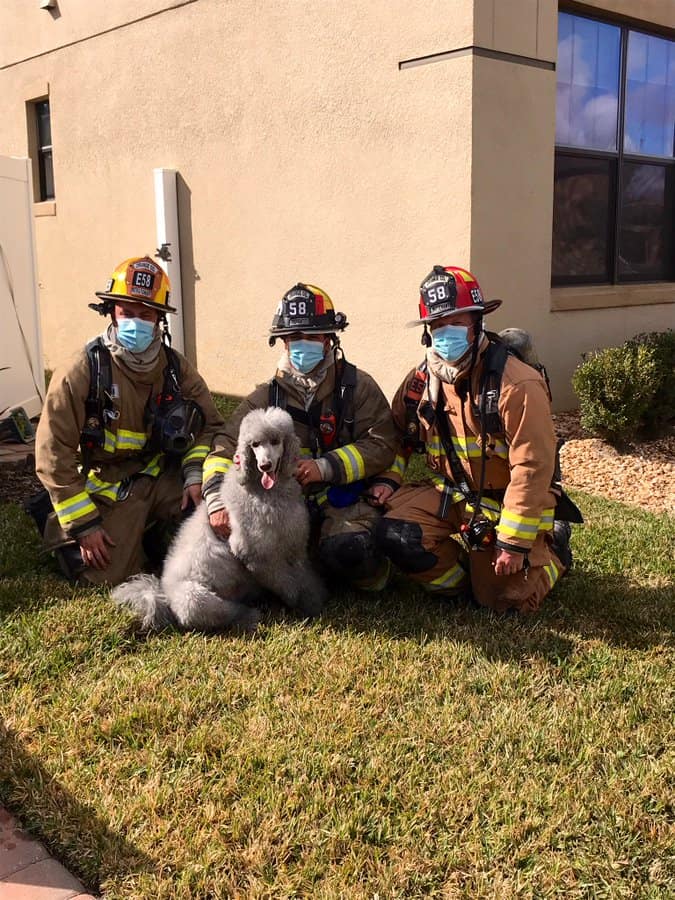 Can you believe Prada was brave enough to activate the Ring doorbell camera? What are the chances? No wonder people say poodles are some of the smartest dogs out there!