When no one believed a teenage girl from Florida that her father was abusive towards her and their family’s dogs, she took matters into her own hands.

According to WEAR, no one believed the 14-year-old daughter of 47-year-old Damon Richard Becnel when she told people that he had been abusing her for years. So, in order to stop the abuse once and for all, she planted a video camera in their bedroom. 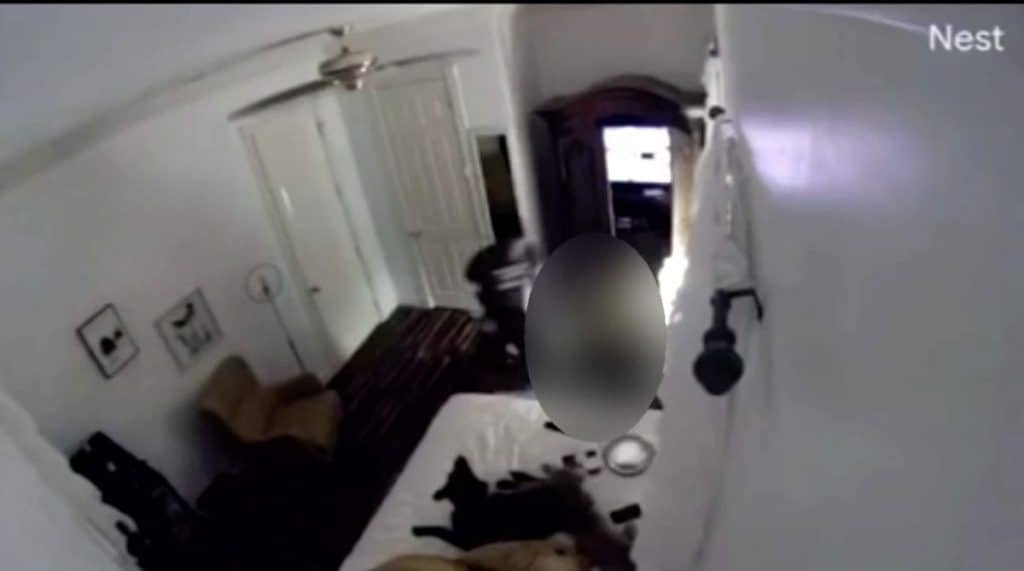 After catching Becnel in the act, the brave teenager turned the video evidence into the authorities. The video has now spread across social media. The teen’s mother gave WEAR permission to share the video, so long as her daughter’s identity isn’t revealed.

The Okaloosa County Sheriff’s Office has confirmed that the man in the two videos the teen turned over is, in fact, the 14-year-old’s father. The video shows Becnel yelling at her and threatening to kill their dogs. The abuse then escalates and Becnel becomes physical with the teen.

He is seen throwing his daughter against a wall and headbutting her. The teen is heard in distress, constantly begging her father to stop.

The 14-year-old’s mother told WEAR that she knew her daughter had tried reporting the abuse for years and that no one was believing her. It’s unclear how much the woman knew about her daughter’s abuse.

The video is reportedly six minutes long. Becnel, according to The Destin Log, has been described as a prominent businessman within the Destin, Florida community, who is a managing partner for at least 26 businesses. A woman, who used to work with Becnel, says she’s outraged that the father was allowed out on $4,000 bail.

“His behavior. We’ve all seen bits and pieces of it, but not that side of him in the familial sense. He committed acts against two of the most innocent creatures this earth has graced us with, a child and a puppy. That’s what I think everyone is up in arms about. I think it needs to be handled the right way or it’s going to be really bad.”

She continued, “There’s a lot of things that get brushed under the rug with families that have been here for a long time and have worked very hard to have a well-respected name. It just seems this generation of their children are running wild and they’re not held accountable for anything.”

Another member of the community, Carmel Ceravolo, agrees and also hopes Becnel isn’t just let off with a slap on the wrist because of his prominence within the community.