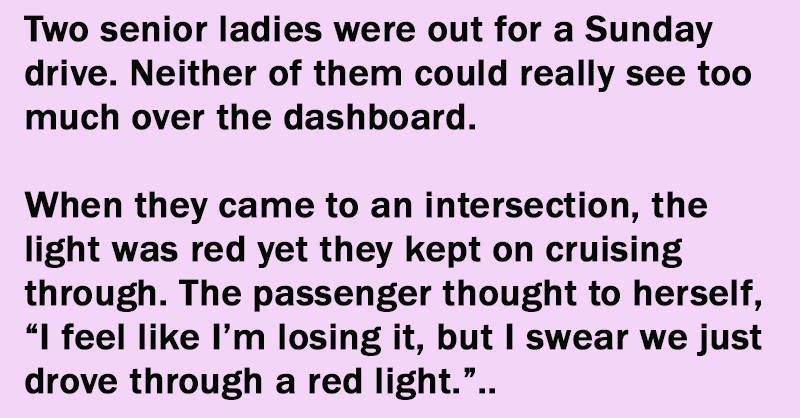 Two senior ladies were out for a Sunday drive. Neither of them could really see too much over the dashboard.

When they came to an intersection, the light was red yet they kept on cruising through. The passenger thought to herself, “I feel like I’m losing it, but I swear we just drove through a red light.”

A few minutes later, they drove through another red light. The passenger was almost certain that the light had been red, but was still slightly concerned that she might be going mad, so she decided to give the driver one last chance.

As they were approaching the next intersection, the passenger paid a great deal of attention. This time the lights were certainly red, yet just as before they just sped past.

“Susan!” the passenger yelled. “Do you know we just ran three red lights in a row? We could have been killed!”