What is Invisalign® treatment? Find out what we learned on our first visit to an Invisalign provider and why we chose Invisalign treatment to correct our tween’s smile. 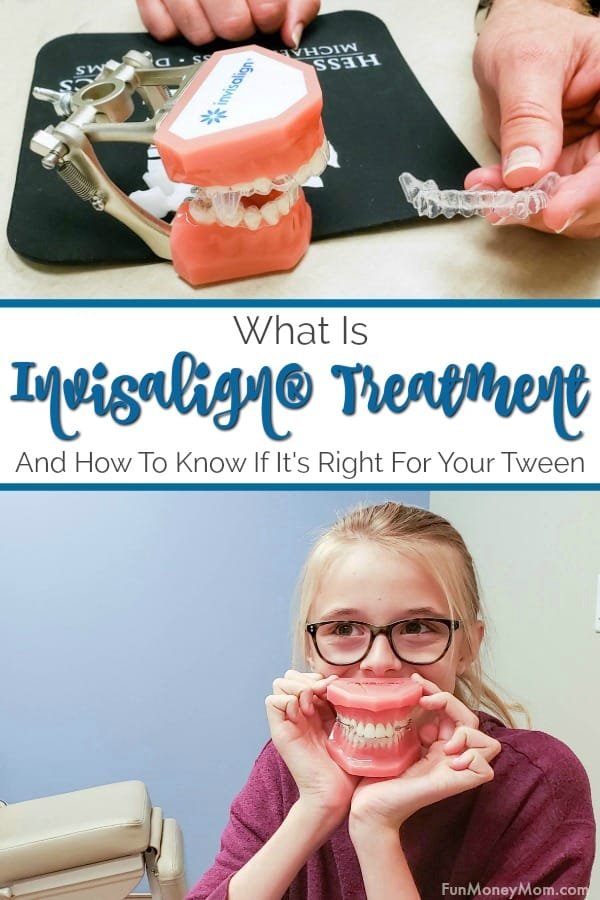 Braces are horrible…at least that’s what my daughter Ashling will tell you! When she had braces a few years ago, it was a little traumatic for her. It wasn’t just the discomfort and soreness. Like most tweens, she can be self conscious and while she eventually got used to them, she couldn’t wait to get them off.

She wore them for almost two years but had to have them removed when her baby teeth started falling out. Now that her adult teeth are coming in, it’s time to go back to the orthodontist. She has a beautiful smile but a few issues that needed to be addressed. 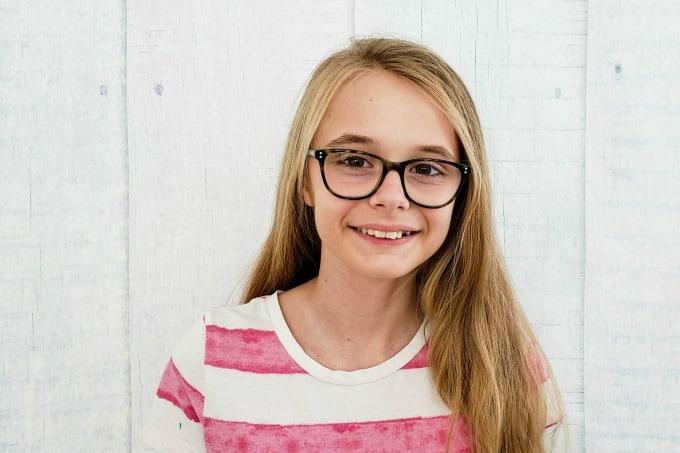 Since Ashling wasn’t thrilled about the idea of getting braces again, we decided to explore Invisalign treatment. The more we learned about it, the more we realized that it would be the ideal alternative to braces.

What Is Invisalign Treatment

The great thing about Invisalign aligners is that they are both nearly transparent and removable. Tweens and teen girls are at the ages where they’re most insecure about their appearance. While that’s just a normal part of growing up, Invisalign clear aligners can at least help make them feel better about their smile. 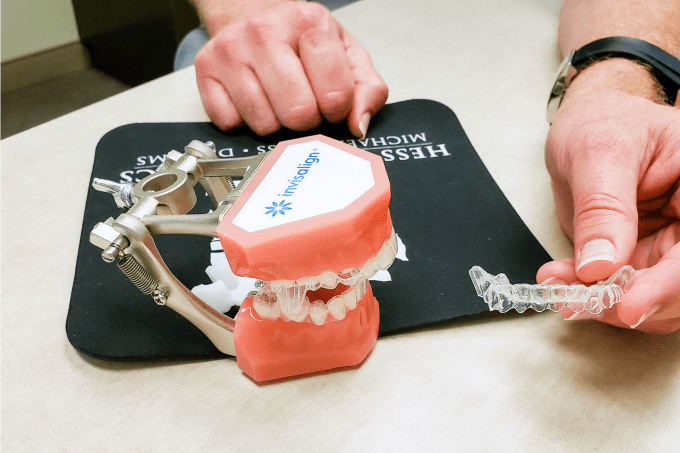 The aligners are barely noticeable to other people when they’re being worn but the really great part is that they’re also removable. They’re routinely removed for eating and brushing teeth but can also be taken out for special occasions, important photographs and more. While we wouldn’t want to make a habit of it, it’s great to have that option.

Invisalign makes it super easy to find a doctor too. Just look for the doctor locator on the Invisalign website and enter your location and patient age. It’ll pull up a selection of doctors in your area. 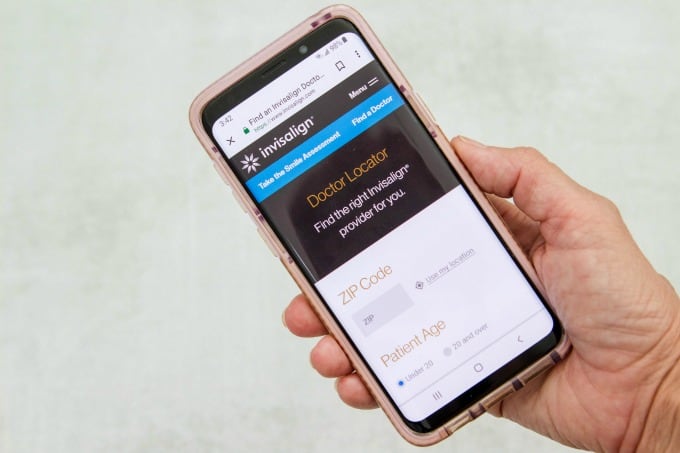 The cost of treatment can be comparable to braces and is often covered, at least partly, by insurance. Be sure to check your insurance plan to see what percentage of the costs they’ll take care of.

Getting Started With Invisalign Treatment

We visited Dr. Michael Hess of Hess Orthodontics to find out if Ashling was a good fit for Invisalign treatment.

I was really impressed with how technologically advanced the Invisalign treatment is! Once we decided to move forward, an iTero® digital scan was taken to get an impression of Ashling’s teeth.

The iTero scan creates highly detailed digital impressions without all the mess that we parents probably remember from our childhood traditional impressions. Seriously, my daughter doesn’t know how easy she’s got it! 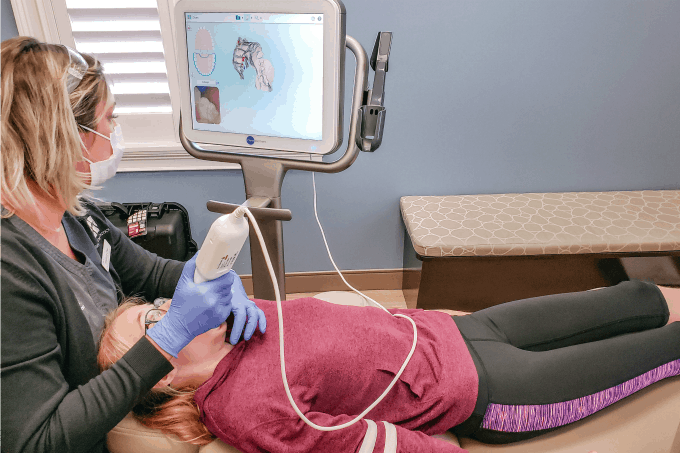 How Does Invisalign Treatment Work

During the free consultation, they took pictures from every angle to assess how complex Ashling’s orthodontic issues were. 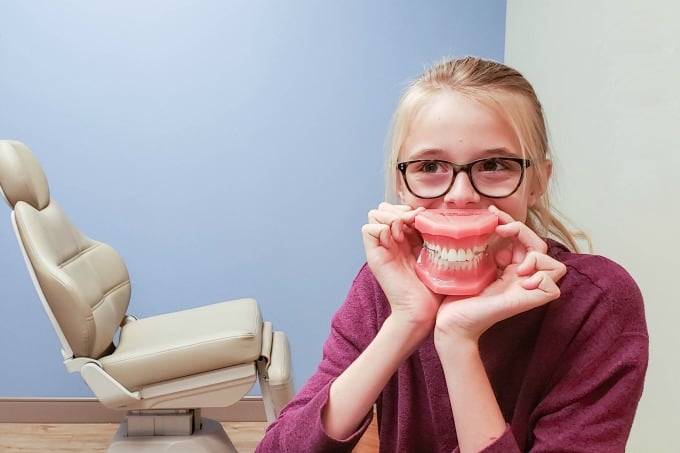 Because Ashling has a bit of an overbite, it made her a good candidate for these aligners. Dr. Hess explained that over the course of the Invisalign treatment, Ashling would have several sets of aligners made. These aligners shift and move the teeth as needed, whether it’s horizontally, vertically or even rotating them. 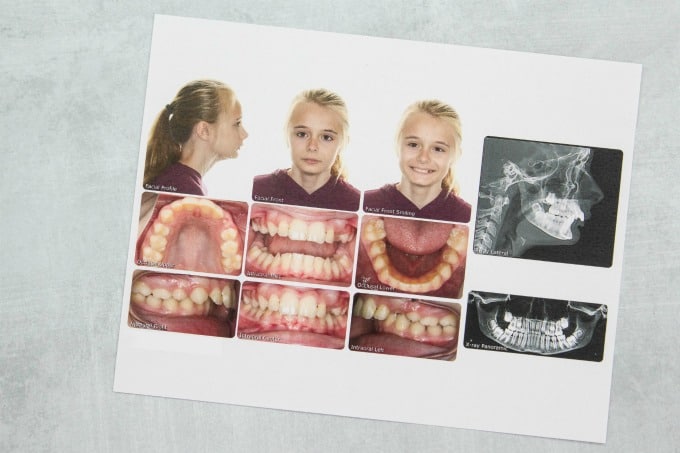 Because Invisalign aligners incorporate SmartTrack® material, they straighten more precisely and comfortably than other clear aligners*.

Next, he put together a customized treatment plan. Using the 3D computer model, we were able to see just how her teeth would slowly be shifted into place over time. We also saw what Ashling’s new smile would probably look like when the treatment was finished. This technology is pretty amazing and even the kids thought the 3D computer images were cool! 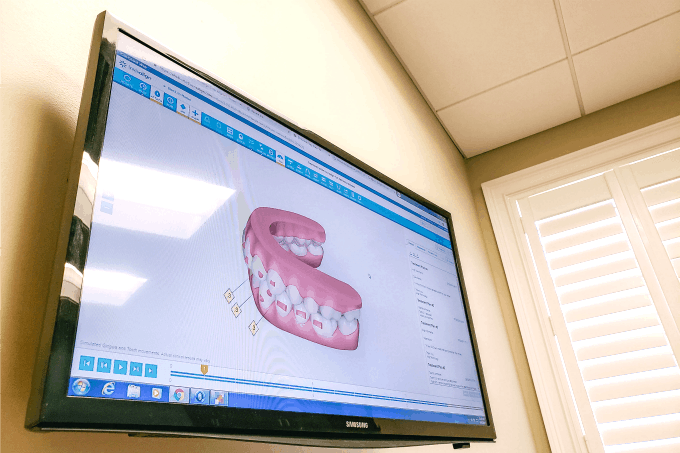 I’d already done my research ahead of time and talking to Dr. Hess just confirmed for me that Invisalign treatment would be the right choice for Ashling. Invisalign clear aligners have been around for 20 years so they’ve got 6 million+ smiles** and years of innovation to prove that they really work.

Once we finished, we were good to go. It was all very simple and now we just have to wait for the aligners to be ready. Well, there was one more thing…Dip-n-Dots! My girls were pretty excited to learn that a visit to Dr. Hess’ office always concludes with Dip-n-Dots. 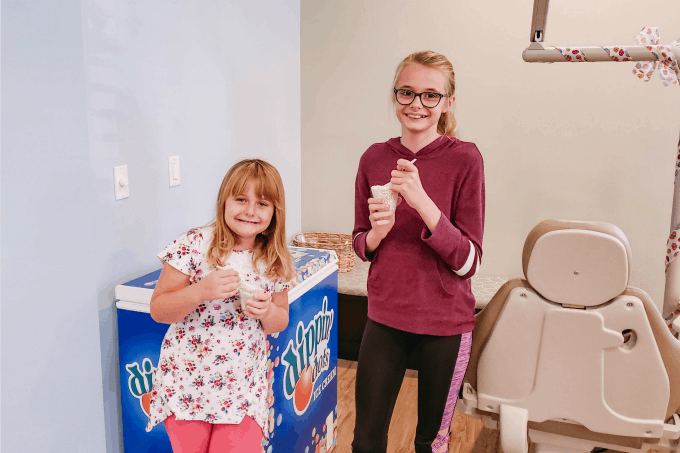 The post What Is Invisalign® Treatment And Why It’s The Best Teeth Straightening Option For Our Tween appeared first on Fun Money Mom.