Home
Uncategorized
What Is Uterus Didelphys? A UK Teen Is Raising Awareness Of The Condition

19-year-old Molly-Rose Taylor of the UK suffered from excruciating menstrual pain since she was 9 years old. But – as many readers might find familiar – it took many years and misdiagnoses (and a lot of independent research) before she uncovered the root of her pain.

“When I first started my periods, doctors would blame my age and say my body is still young and can’t cope,” Taylor said in an interview with UK publication, Metro. (1)

Doctors prescribed Taylor hormonal birth controls as early as 12 years old in an attempt to reduce her extremely heavy flow, which often caused her to faint.

“It wasn’t until I became sexually active with my then-boyfriend, I began to worry as it was impossible and very painful… I felt so embarrassed,” Taylor said. (1)

She continued to pursue the correct diagnosis for her painful, heavy periods, difficulty with tampons, and painful sex. Her doctor suspected she had a sexually transmitted infection, but when results came back negative, Taylor realized she would have to come up with her own answers.

“I knew something was wrong and began to research myself which was a challenge itself,” she says. (1)

Doing her own research led Taylor to believe that she had a rare congenital condition known as uterus didelphys (or double uterus). Once she got a referral for an OB/GYN from her general practitioner, it didn’t take long to confirm her suspicions.

“Within ten minutes, they confirmed I have two uteruses, two cervixes, and two vaginas – I felt so happy to finally know what is wrong,” Taylor told Metro. (1)

What is Uterus Didelphys?

But for those with uterus didelphys, those Mullerian ducts fail to fuse and form two separate functional uteri. For many people, including Taylor, they also develop two vaginas which are separated by a thin membrane called longitudinal septum. (2)

Uterus didelphys is sometimes mistaken for more common Mullerian duct anomalies such as septate uterus (divided uterus) or bicornuate uterus (heart-shaped uterus). According to OB/GYN Robert Zurawin, the condition affects approximately 2,000 women – although estimates may be skewed by those who never get a proper diagnosis. (3, 4)

For people who experience no negative symptoms from this condition, treatment is not necessary. However, corrective surgery is commonly offered if the condition seems to be the cause of multiple miscarriages.

Having a didelphys uterus does not make a safe pregnancy impossible (a 2015 publication in Case Reports in Obstetric Gynecology documented a clinical case where a woman with the condition had a safe vaginal delivery), but since the uterus is usually smaller, earlier delivery is common. (3, 4)

What Happened to Molly-Rose Taylor?

After undergoing a surgery to remove the longitudinal septum, Taylor is optimistic and grateful that she found the cause of her pain.

“Now I know I know it is because I am having two periods at once,” she said of her painful menstruation. (1)

Is the young woman worried about pregnancy in the future? “I tend not to dwell on my condition, and I will cross that bridge when I get there,” she says.

Taylor hopes that sharing her experience of becoming her own health advocate will encourage others to do the same.

“If I wasn’t persistent, then I would still be clueless, and I am sharing my story to raise awareness for other girls and women who may be going through the same,” she says. (1)

Read Next: This Woman Warned Others of Subtle Heart Attack Symptoms in a Viral Twitter Thread

The post What Is Uterus Didelphys? A UK Teen Is Raising Awareness Of The Condition appeared first on The Hearty Soul. 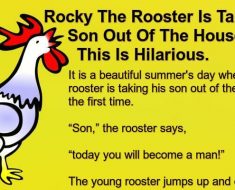 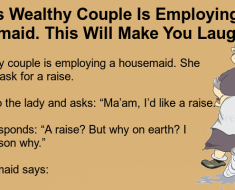 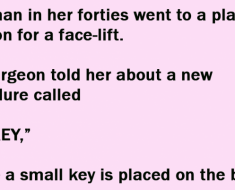