As we have witnessed ourselves time and time again, nature is full of surprises. Whether it’s a wild owl deciding to sit on your head, stumbling upon a pink manta ray, managing to snap the ‘perfect timing’ kind of solar eclipse, or finding a dwarf giraffe, nature never ceases to amaze us with its beauty and uniqueness.

This time around, it’s in the vein of animals that are not the color that they are naturally supposed to be. Namely, a nature guide was lucky enough to find a one-of-a-kind yellow-colored penguin in the wild and snapped some photos of it. 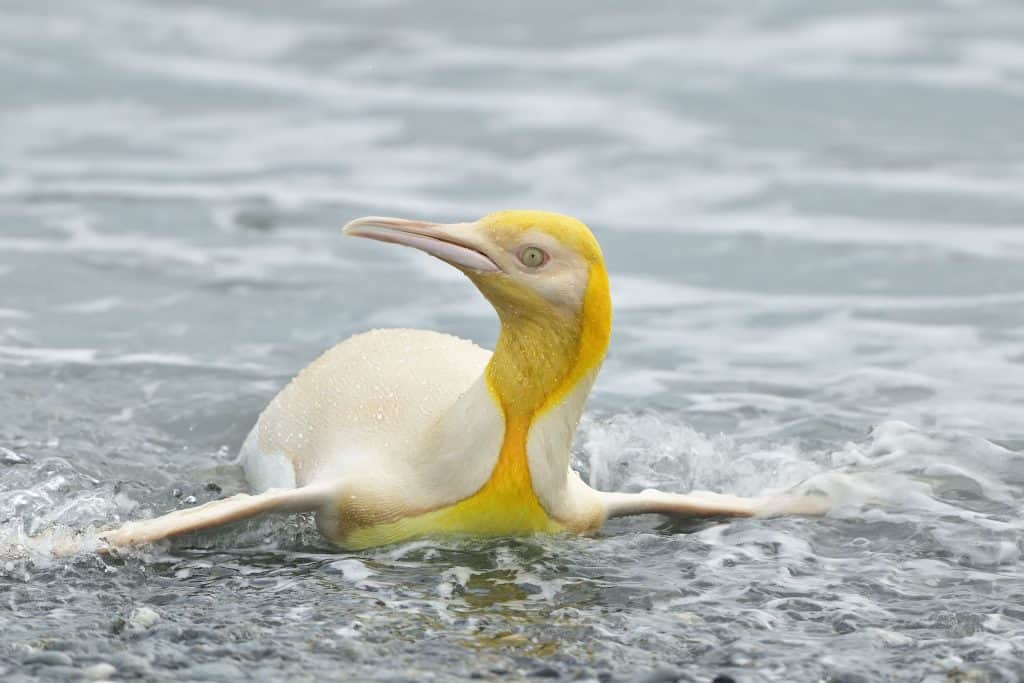 Meet Yves Adams, a Belgian photo-tour, expedition guide and wildlife photographer who, back in 2019, set off on a two-month-long photo expedition in the South Atlantic. The group had to make a stop on an isle in South Georgia to photograph a colony of king penguins—one that included over 120,000 penguins!

While unloading equipment and food in the Salisbury Plain, Adams spotted something out of the ordinary: in a sea of tuxedos, he noticed a penguin that was anything but black and white, but rather bright yellow (and white).

“I’d never seen or heard of a yellow penguin before,” Adams told Kennedy News. “There were 120,000 birds on that beach and this was the only yellow one there.” Thought it is important to note that this isn’t the first time a yellow penguin was spotted in history as there are studies about leucism in penguins from as early as 2000, but it does seem like these pictures are the first of its kind on the internet, let alone with such clarity. 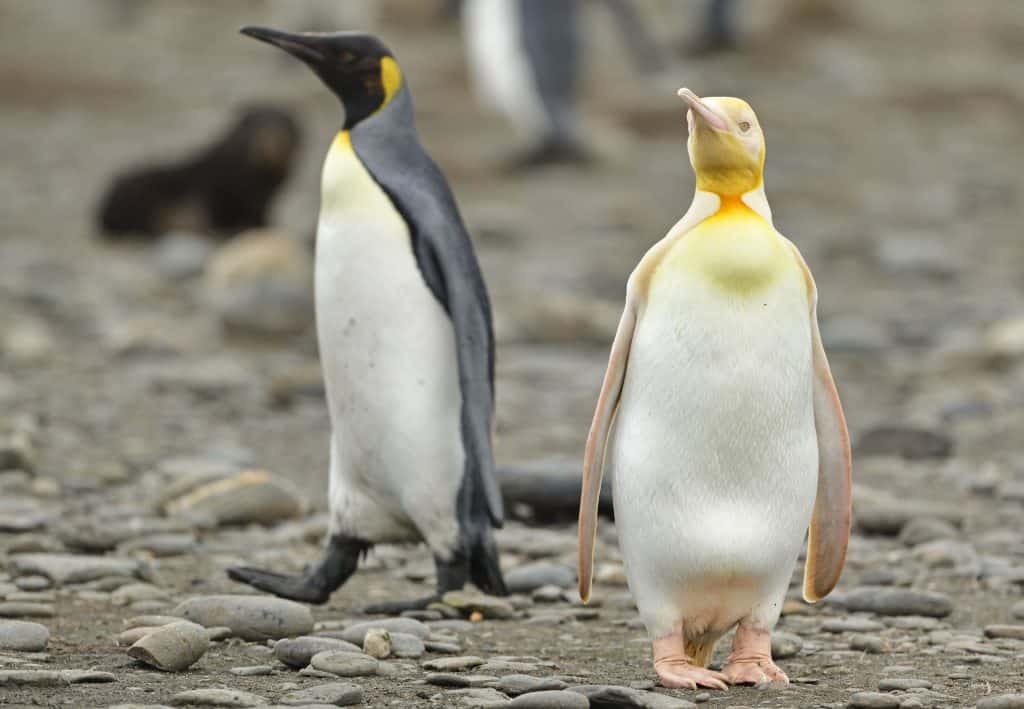 The bird’s yellow color is caused by leucism, a condition that makes the animal partially lose its pigmentation Not only was it lucky of them to have stumbled upon the flightless bird in the first place, but it was also close enough to the group of photo-adventurers—about 50 meters (150 feet) away—to be snapped in all of its yellow-coated glory. None of the other penguins, nor seals or other natural obstacles were in the way.

Turns out, this yellow specimen is unique because of a thing called leucism, a condition whereby the animal loses part of its pigmentation, which in turn causes changes in its color—they become white, pale, or patchy on their skin, hair, feathers, or scales, but, unlike albinism, it doesn’t affect the eyes.

So, since this penguin isn’t generating any melanin, its otherwise black feathers are now yellow. According to a study on leucism among penguins, depending on the specimen, the likelihood of leucism to develop is 1 in 20,000 to 146,000. So, this one in a colony of 120,000 fits this statistic. Ever since the pictures surfaced, they have been going viral, getting over 100k upvotes on Reddit alone When it comes to survival, the effect of this condition is yet unknown. But, as it is with many out-of-the-ordinary occurrences among species, it is safe to speculate that it may end up having some sort of effect on things like finding a mate or being easier or harder to spot by predators, of which they have quite a few.

The internet was mesmerized by Adams’ pictures, with several online news outlets covering the story and thousands of people liking the photos across several social media platforms. It has also found its way onto platforms like Reddit and Imgur, where it gained over 100,000 upvotes and 60,000 views respectively.

“It was heaven that he landed by us. If it had been 50 metres away we wouldn’t have been able to get this show of a lifetime,” said Adams